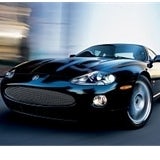 Jaguar is launching a wide-ranging online and mobile campaign over the next month for its new XKR sports car, which is being officially unveiled at the London Motor Show this week.

Interactive marketing is taking the lead for the car’s launch, with cinema and press advertising to follow later. Among the activities are downloadable videos for mobile devices, and interactive banners.

Users texting XKR to a shortcode will be able to download an 18-second video of the car or opt for information to be e-mailed to them. Downloadable video is also being made available for iPods and PSPs.

Jaguar will be making ringtones available from next week, to further assist with its data capture efforts.

Early next month, a banner advertising campaign will follow, with users able to send images of the car to their mobile phone from the banner, which can then be used as wallpaper on their phone. According to Karl Rankis, client services director at Global Beach, Jaguar has been encouraged to devote more energy to mobile activity, after finding in test campaigns earlier this year that it gained better response rates from shortcodes than from 0800 freephone numbers.

Media buying for the campaign has been done by MindShare.

Jaguar is one of several car clients for Global Beach. Earlier this month, the agency appointed Sir Jackie Stewart, the former Formula 1 world champion, to its board of directors. He will assist the company as it looks to strengthen its ties across the automotive industry.