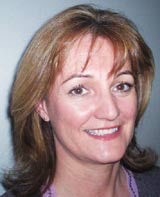 The Jamaica Tourist Board (JTB) has appointed Elizabeth Fox as its chief UK marketer as the Caribbean destination seeks to build market share in the region.

Fox joins from destination management company Hello Florida! where she was director, international sales. She takes the position of regional director UK and Europe for JTB, replacing David Barber, who left to join Sandals, the holiday company that focuses on luxury holidays for couples, in August last year.

The agency developed a print campaign last August with the strapline “Jamaica, once you go, you know”. This replaced the previous “One Love” positioning. A new advertising campaign is due to launch next month.

Jamaica is keen to demonstrate that Hurricane Ivan last year had no real impact on the island’s infrastructure and wants to shift perceptions of Kingston and other towns as being violent.

JTB celebrates its 50th anniversary this year and is lining up a raft of promotional and advertising activity.