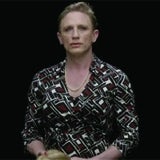 James Bond actor Daniel Craig is to star in a campaign by charity group Equals in support of International Women’s Day.

Equals, a charity venture between global aid organisations including Oxfam, ActionAid and Save the Children led by Eurythmics singer Annie Lennox, has created the cinema and digital campaign to raise awareness of gender inequality that still exists in the UK and worldwide.

The short film, which also features the voice of Dame Judi Dench in her role as Bond’s advisor M, sees Craig appear dressed as a woman in a blonde wig.

In the film ’M’ interrogates Bond with a series of questions on gender issues such as pay inequality and domestic violence and reveals a number of facts and statistics about the treatment of women in society.

Dench asks: “For someone with such a fondness for women, I wonder if you’ve ever considered what it means to be one?”

The film will be shown online from Midday today (7 March) and in cinemas from tomorrow, the 100th International Women’s Day (8 March).

An Equals spokeswoman says: “We feel it is crucial to involve men in the movement for women’s rights and EQUALS is about men and women working together for positive change.” 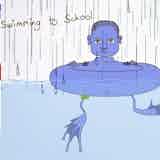 Children’s aid organisation Unicef is launching a digital campaign to raise awareness of the impact of climate change on children and aid projects in developing countries. The charity has partnered with environmental non-profit group Do The Green Thing to create a 90 second illustrated video featuring a character called Climate Kid voiced by broadcaster Jon […] 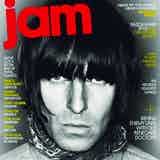 The News of the World is rolling out a TV advert, featuring Liam Gallagher’s new band Beady Eye, to promote the launch of its new men’s magazine supplement Jam. The Beady Eye ad accompanies the magazine’s CD giveaway featuring five tracks from the band’s debut album and a 17-minute interview. Liam Gallagher will also be […]