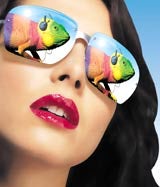 The label, which specialises in new and classic dance music, believes a clothes brand has worldwide potential because of the music’s popularity. The range would initially be sold in specialist clothing shops but could eventually appear in high street retailers.

The clothing designs will be based around the distinctive artwork featured on Hed Kandi’s album covers. Hed Kandi is also considering creating clothes that might be worn by the characters in the artwork. A launch date has not yet been set.

The label has sold 1 million albums since it was launched two years ago. In the last financial year Jazz FM’s CD division, which also sells branded Jazz FM CDs, accounted for 56 per cent -&£3m – of the company’s turnover.

Jazz FM head of enterprises Simon Cooke says: “There is a high awareness of the brand and the distinctive graphics lend themselves to clothing.”

Hed Kandi runs a branded music event once a month at Ministry of Sound’s club in London as well as dance nights in cities which include Miami, Amsterdam, Singapore and Copenhagen.