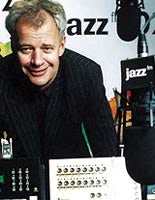 Jazz fm is looking to set up a chain of live music café bars following a two-year trial of its Café Jazbar venue in Liverpool.

The Café Jazbar in Liverpool’s Royal Albert Docks was a joint venture with pub and club operator Regent Inns which ended six months ago.

Jazz fm chief executive Richard Wheatly will not confirm a new deal with a pub operator has been signed.

The station presents live music every Sunday night from Smollensky’s American Bar and Grill on The Strand in London, a venue owned by the Mezzanine Group, which has just acquired the former Capital Radio Café on Finchley Road to create a second Smollensky’s.

It is believed sites across the UK are being targeted, extending the Jazz fm brand beyond London and the North-west, the areas it broadcasts to.

In March, Jazz fm will launch a new Internet-only broadcast service called ejazz.fm, allowing users to tune in to dozens of jazz channels for a subscription fee.

The London station reported a market share of 1.9 per cent in the capital and an audience of 636,000 who tune in for 6.3 hours a week each, an increase of over two hours on the previous quarter.

Jazz fm is also to co-sponsor the February 14 UK charity premiere of Anthony Minghella’s new film The Talented Mr Ripley, which is set to a classic jazz soundtrack.