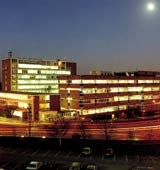 Hearth, who takes up his post next week, will report to acting board business director Steve Noyes, who took on the responsibilities of Stephen Lawrenson following the latter’s departure last month. Lawrenson’s position has yet to be advertised. It is not known whether Lawrenson had a job to go to.

Head of business development Kate Smith, who has been carrying out the marketing director’s duties, will return to her old role of overseeing public sector marketing next week.

Hearth will oversee a team of 40 people and take charge of a &£5m marketing budget. He will be responsible for promoting the Met Office’s weather services to private companies and the Government. Met Office clients include ITV and the National Grid, which receives weather forecasts in order to gauge forthcoming demand for electricity.