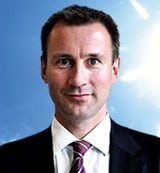 Hunt says the initiative, which will help deliver his ambition for a network of local TV services, will offer communities a “new voice” and provide directly relevant personal perspectives.

When launched, the new channel will “sit alongside other public services broadcasters” and have a prominent fixture on the electronic programme guide, the on-screen menu of channels for digital and Freeview viewers.

The new channel is likely to broadcast local content alongside a national programming “spine” to make it attractive to advertisers.

Hunt says: “For consumers, what this will mean is a new channel dedicated to the provision of local news and content – one that will sit alongside other public service broadcasters, offering a new voice for local communities, with local perspectives that are directly relevant to them.”

New and existing media providers are invited to register their interest by 1 March and offer suggestions as to how a local news and content channel could work.

The channel is expected to go live shortly after licenses are awarded by the end of 2012, with initial schemes focused on 10 to 12 major cities.

The culture secretary also announced today that a thorough review of media and communications will be undertaken, leading to a new Communications Act.

Hunt says the aim of the new act is to allow the UK’s digital and creative agencies to “play their fullest possible role in promoting competition, innovation and economic growth”.

The Government will discuss key issues with the industry in the coming months and publish a green paper at the end of the year to set out the full scope of the bill. 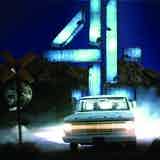 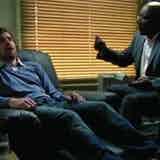 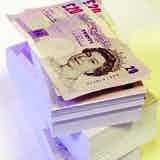 Marketing budgets were revised down in the final quarter of 2010 as the uncertain economic environment hit marketers’ confidence, according to the latest Bellwether report.