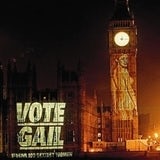 Former Lowe Worldwide chief executive Jerry Judge is making his industry comeback with the agency that projected a nude image of Gail Porter onto the Houses of Parliament.

Judge is understood to be working with specialist experiential agency Cunning, formerly Cunning Stunts, although it is not clear in what capacity.

There has been much speculation about what Judge, who stepped down as Lowe chief executive in September 2004 to make way for Tony Wright, will do next. At the end of last year, it was rumoured that he was teaming up with Howard Draft to lead a Lowe/Draft merger and he is also understood to have had talks with both WPP and Omnicom.

The announcement that Judge was stepping down from Lowe came just months after the network said it was moving its headquarters from the US to London. Lowe said then that he would continue as chief executive of The Partnership, Interpublic Group’s attempt to streamline its advertising, marketing services, media and PR interests. But the division was phased out soon afterwards.

A spokeswoman for Cunning says she can “neither confirm nor deny” that Judge is working with the agency.

Cunning’s client list includes British Airways, Nissan, T-Mobile and Unilever. But it is most famous for the Gail Porter stunt for FHM in 1999 which appeared in almost every national newspaper.