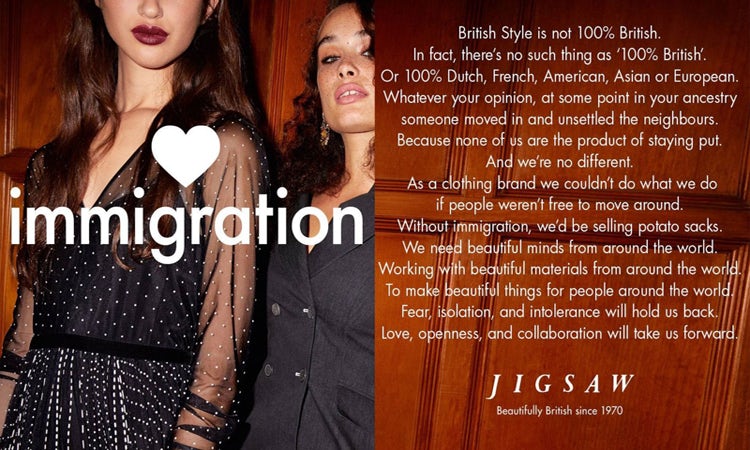 The socially conscious campaign won with 81% of the vote, with Nike’s ‘#Breaking2’ coming in second place with 19%.

The competition took place over three rounds, starting with eight campaigns from our roundup of the best activity this year. Jigsaw beat other brands including Heineken, Ikea and Burger King to claim the prize.

‘Love Immigration’ was a bold move from the fashion retailer considering how divisive the issue of immigration remains in a post-Brexit Britain as well as the high-profile failure of similar ‘woke’ campaigns such as Pepsi’s disastrous Kendall Jenner ad. However, speaking to Marketing Week back in October, Jigsaw’s group head of marketing Alex Kelly said it was a risk worth taking.

“There’s no question that immigration is a controversial issue in British politics right now but if you risk making people potentially disagree with you then I think it’s worth it as that still creates a powerful emotional engagement, so long as you have a right to talk to them in that environment,” he explained.

“We looked at the fashion industry and realised no one talks about the benefits of immigration or the debt we all owe to it. One of our products could have Mongolian wool, Turkish satin, Chinese silk and Italian buttons so we can really back up this message.”

The campaign included a full takeover of Oxford Circus tube station in London and The Times website, as well as print, social and digital activity. To support ‘Love Immigration’, Jigsaw also teamed up with Ancestory.co.uk for staff genealogy tests in order to show the diversity of the fashion industry and celebrate the fact there are 45 different nationalities working within the Jigsaw business.

Led by agency The Corner, it fit into a wider move to centre the Jigsaw brand around having a social purpose as part of its ‘Style and Truth’ ethos launched back in 2014.

Despite receiving a much smaller share of the vote, Nike’s ‘#Breaking2’ is a worthy runner-up. The sports brand enlisted three of the athletes it sponsors – Lelisa Desisa, Eliud Kipchoge and Zersenay Tadese – to try to break the two-hour barrier for a full marathon run.

“Ultimately, it didn’t matter whether or not the sub-two barrier was broken; Nike managed to essentially turn a product launch into a must-see appointment-to-view moment,” said Lizzy Pollot, creative director at Havas Sport & Entertainment Cake. 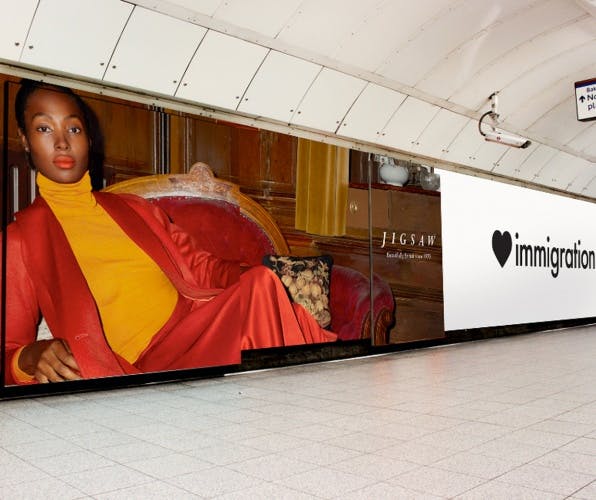