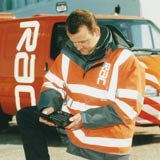 Aviva, which owns the Norwich Union brand in the UK, has scrapped Lewis’s commercial director role. His responsibilities will be handled by incoming marketing director Shaun Meadows, Norwich Union’s director of projects and claims.

It is not known whether Lewis has a job to go to. He was appointed to RAC Consumer Services in 2003 after a seven-month search for a replacement for group marketing director Ken Lee (MW September 11, 2003). Previously he was customer segmentation director at Lloyds TSB and international marketing director for the International Wool Secretariat, where he oversaw the Woolmark brand. Aviva bosses have introduced a raft of changes at the RAC since the takeover in March, parachuting in Aviva managers to key roles at the motoring organisation, which offers insurance, financial, travel and legal services in addition to its core breakdown service. Aviva also plans to combine both businesses’ corporate communications departments.

Meadows will report to RAC managing director Simon Machell, who took over from chief executive Andy Harrison in May (MW May 12).

BlackBerry has won the hearts of businessmen and is the highest-profile PDA – now it needs to crack the consumer market, says Caroline Parry

Dairy Council chief executive Jill Eisberg has resigned from her role after nearly three years. Chairman Christian Fox will handle her responsibilities in the meantime.

In order to host the 2012 Olympic games, London not only had to try to convince the IOC, but gain the support of the British public. An impressive integrated marketing campaign proved highly effective