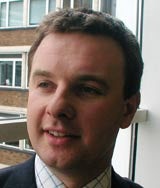 The sale of Littlewoods to Associated British Foods for £409m has thrown the future of the clothing chain’s marketing director, Matthew Stead, into doubt.

ABF plans to retain 40 per cent of Littlewoods’ space, converting it to the Primark brand. Primark currently has 122 stores. The remainder of the 120-strong Littlewoods chain is likely to be sold on.

Littlewoods will continue to trade until March 2006. Retail restructuring specialist Hilco has been retained by ABF to manage its operations.

Stead left his previous job, as marketing director for womenswear at Marks &amp; Spencer, in March last year to join Littlewoods. It is not known how the sale of the chain will affect his role.

His boss, Littlewoods stores chief executive Mark Newton-Jones, will take the same role at the newly created Littlewoods Shop Direct (LSD) Group, a company created by the merger of Littlewoods’ home-shopping arm with Shop Direct Group, which was bought by the Barclay brothers in 2003. It is not known whether Stead will join him. LSD Group has 15 brands including Choice, Kays, LX, Great Universal, abound, Marshall Ward, Additions Direct, Littlewoods Even More and Sport e-com.