Vision Critical’s research said one weakness of the 90-second ad is that it is “a bit slow and boring” but the music helps drive involvement.

John Lewis reported a 7.6 per cent year on year sales increase in the week following the TV ad launch.

The department store did, however, score the highest of the three in the global effectiveness benchmark rating achieving a score of 7, compared to a global benchmark of 6 out of 10. M&S achieved 6.2 and Boots scored 6.

The controversial dog scene in Boots’ ad, currently the cause of several complaints to the ASA, was deemed the funniest scene. A scene in the M&S ad featuring a group of children prompted thehighest happiness score. Emotional reactions to the John Lewis ad peak the first time the young girl sees the lonely snow-woman and final scene when she is wearing the matching red scarf and gloves.

Ahead of the research, 67 per cent of respondents were aware of the M&S ad – more than the other brands. Just 39 per cent were aware of Boots ad and only 22 per cent had already seen the John Lewis ad.

Vision Critical used its add+impact tool to measure the real time responses consumers had to the ads and found peaks of mention at specific points.

The online survey polled more than 1,100 consumers on John Lewis, Marks & Spencer and Boots Christmas ads and compared them with a database of more than 6,000 global ads. It was carried out last week following the TV launch. 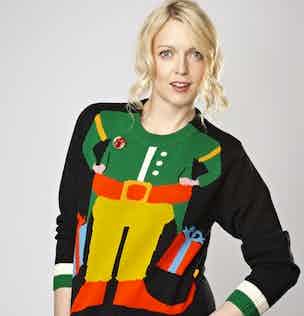