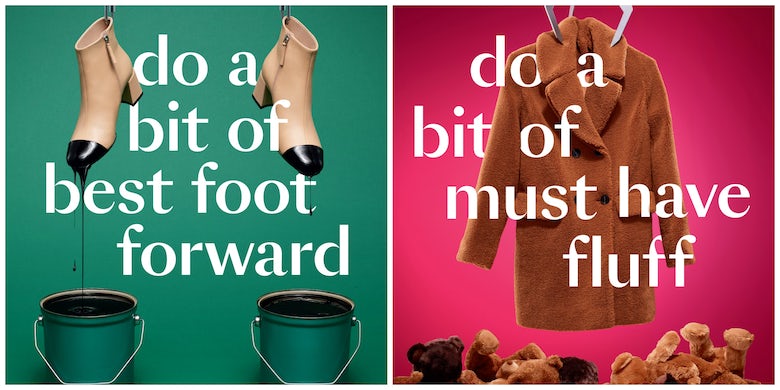 As crisis continues to unfold at House of Fraser and Fenwick announces plans to cut more than 400 jobs following a 93% slump in pre-tax profits, it’s fair to say these are challenging times for the department store.

Hoping to buck the trend is Debenhams, which on Monday unveiled a new brand identity, the first revamp of its logo for nearly 20 years. Created by Mother Design, the new identity is intended to act as a visual expression of the change taking place within the organisation.

It comes complete with a cheeky social-focused campaign inviting people with an unashamed love of shopping to ‘Do a bit of Debenhams’. The idea is to use social and digital for the big broadcast messages and print to communicate the breadth of Debenhams’ offer. Some three million Debenhams brochures will be inserted into titles such as Sunday Times Style, Grazia, You magazine, Metro and Marie Claire.

The consumer-facing campaign and new brand identity are the outward expression of an ongoing internal project known as Debenhams Redesigned, which builds on the company’s aspirations to become a destination retailer, dial up its digital business and find a point of difference.

Communicating that change is afoot, while building brand love is at the heart of the whole campaign, explained Debenhams managing director of beauty and marketing, Richard Cristofoli. Rather than being phased by the tough times on the high street, he believes the only option is to show some fighting spirit.

“At times like this my firm belief is you’ve got to come out fighting and that’s what we’re doing,” he explained. “We’re coming out saying ‘we are changing, there’s a lot happening here, there’s more to come’.” 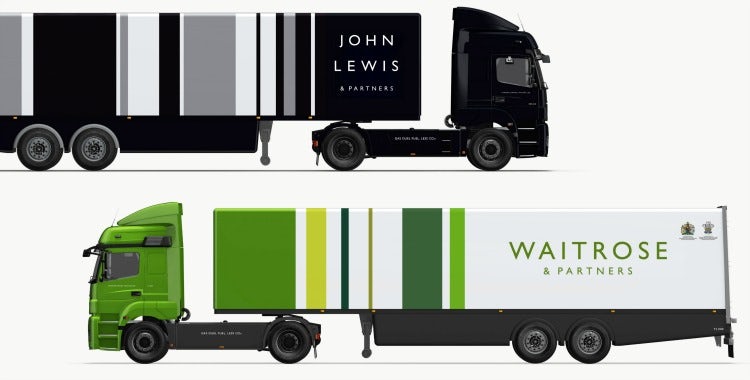 This is more than just a cosmetic fix, however. The rebrand has two audiences: the first is the partners who John Lewis and Waitrose are hoping to galvanise in the face of job cuts and declining bonuses. The second is consumers, which they hope will see the more altruistic nature of the brands and shop there more often.

That John Lewis and Waitrose were kept separate has always seemed like a missed opportunity. There are clear cost savings to be made by working together and a halo effect to be had by aligning the two brands. Let’s just hope it doesn’t mean even more weepy Christmas ads. 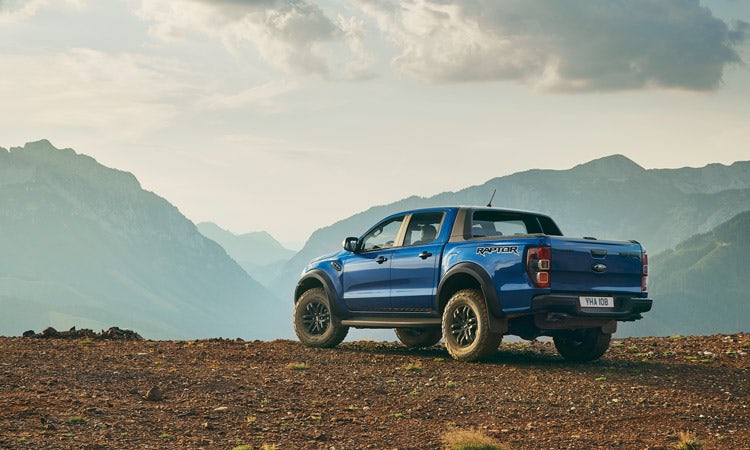 What do Ford and the gaming industry have in common? Enough for the global auto giant to launch its new car at a gaming event, becoming the first car manufacturer to do so.

Ford recognised a natural overlap between its brand and what’s happening in the gaming realm prompting it to make a move into the unknown and unveil its new car, the Ranger Raptor, at Gamescom within a 4D race simulator.

Speaking to Marketing Week the brand’s executive director of communications and public affairs for Europe, Michael Baumann, says Ford is hoping to reach a new audience but admits it took some convincing to get the company on board with the strategy.

Ford’s move does seem to be a bold one, but Baumann is adamant there’s a natural overlap between the company’s DNA and what’s happening in the gaming industry.

“This audience is very receptive to being sold to this way as long as you don’t make this a selling proposition and an engaging experience instead,” he says.

Interestingly, this is not a “one-off” for Ford which plans to inject more of its marketing budget into the gaming sector in the future.

READ MORE: Ford targets new audience as it becomes first brand to launch a car at a gaming event

Marks & Spencer (M&S) rolled out its first clothing and home campaign since its big marketing restructure back in May, which has seen the retailer employ a number of specialist teams to ensure it has “absolute expertise” in everything it does.

Speaking to Marketing Week, M&S’s marketing director of clothing and home, Nathan Ansell, explained how the function has been structured to be more agile and work in a much more collaborative way – with teams dedicated to visual merchandising, paid search, CRM and search engine optimisation now working side by side.

Five months on, Ansell’s marketing team are still very much in the test-and-learn phase, but he says there has been a great response to the campaign so far which is promoting M&S’s AW18 ‘Must Haves’ range.

Whether down to budget or because of the business’s overall digital-first focus, the campaign isn’t running on linear TV; however, social communications such as Facebook and Instagram shoppable posts will play a key role in this particular campaign and in future.

If Ansell wants one thing to be clear, it’s that collaboration, both within the marketing team and across the business, will be key going forward, including with Sharry Cramond – his equivalent in the food business – who Ansell says he has been working closely with to make sure they are building a cohesive brand.

Meanwhile, M&S hired its first ever chief digital and data officer. It is looking to drive a “modern digital mindset” across the business at a time when profits are feeling the strain and high street stores are preparing to close their doors.

READ MORE: M&S is transforming its marketing team into specialists rather than generalists 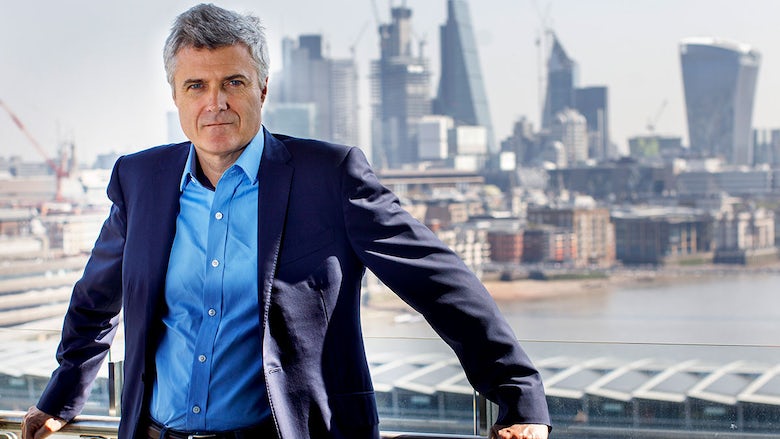 Less than 24 hours later, he was thrust on to stage to deliver his strategy for the group to a room full of journalists and investors – with a renewed focus on clients, agility, creative and attracting talent all topping his two-hour long agenda.

Read was quick to admit that there are many things the business can do differently and better, and that it will need to move quicker and become simpler to access if it is to keep clients on board.

“Better, faster, cheaper and quicker” was how Read described the transformation needed as the business gears up to compete much more aggressively with consultancies, Google and Facebook.

Read will also be looking to build stronger creative agencies within the group and streamline WPP’s portfolio so there is more consistency across its brands.

It is a clear sign he knows WPP’s model is outdated and no longer fit for a modern digital future – especially as the increasingly popular and successful indies continue to offer the speed and flexibility that most clients are after.

As such, Read says data and technology will play a much more integrated role in everything WPP does for its clients, and that it will be looking to attract the best talent to make sure it is not losing out to the likes of Google and Facebook. 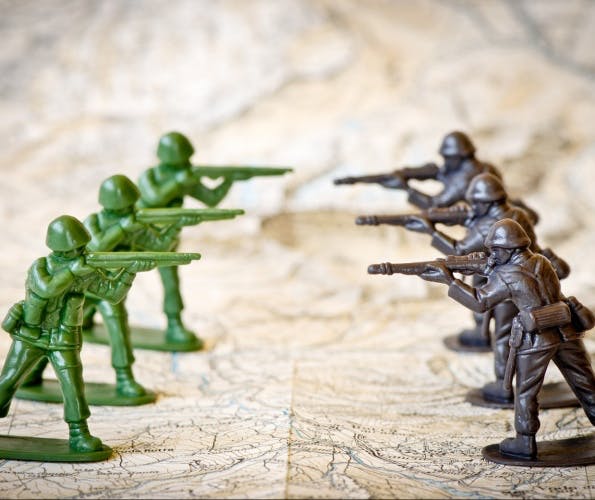 There are two ways to position a brand – ‘about’ something and ‘versus’ something – and the most powerful examples of positioning do both. 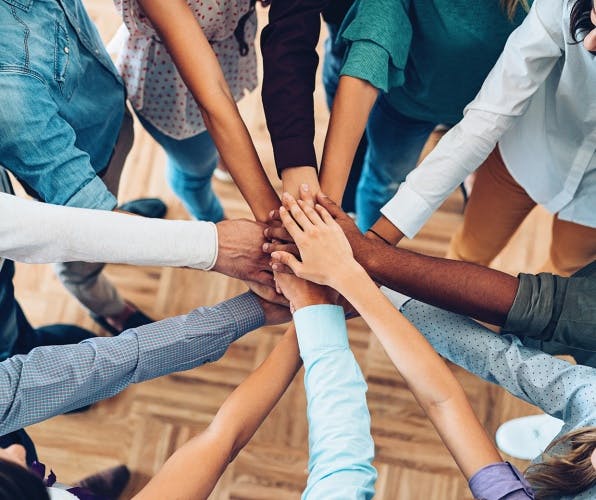 Marketing Week research, in partnership with MiQ, shows brands will need to change their internal structures if they are to realise the customer-centric business models marketers aspire to create. 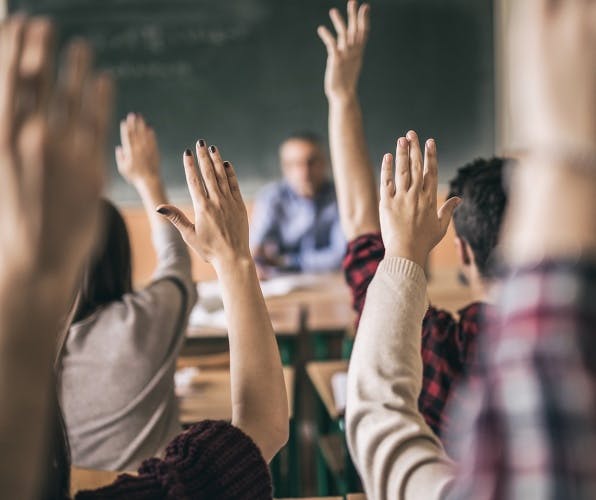 Marketing Week is partnering with the School of Marketing to help transform the way young people think about marketing careers and we are looking for 50 young marketers to help spread the word.