The JLAB – launched in partnership with L Marks back in 2014 – offers 12 weeks of mentoring, a possible £100,000 prize and the chance of a contract with John Lewis to five start-ups.

Last year’s £100,000 JLAB winner was Peeple, a device and app that offers a smart peephole in people’s front doors so homeowners can keep track of who might come knocking.

This year, however, IT director Coby says that John Lewis is looking more for solutions that can link up the physical and digital retail world. It is also hoping to discover apps that push more socially-conscious themes such as health.

Finding the next Uber

Coby told Marketing Week: “We want to discover a product that will break down the barriers between the online and physical worlds of shopping.

“We would love to find the Uber of British retail; so something that simplifies the every day.”

He added: “We do have the option of taking a minority share in a company so if they were to grow [like an Uber] that would be fantastic but this isn’t about taking full control.

“We want to provide start-ups with a leg up so they can take a break from their trendy office in East London and we can provide them 12 weeks of pure retail immersion. John Lewis can help them evolve to the next stage and then sit back and watch as they sell their products around the world.”

In particular, Coby said John Lewis would be open to investing in marketing-based start-ups.

“Looking into new marketing concepts is certainly an option, yes, as tech and marketing are now interacting so strongly,” he added.

“It used to be the case that the CMO and IT director provided crucial systems but didn’t really speak. Given how the tech world has grown, there’s now a much more integrated relationship and this means collaboration of digital tech and marketing is now the bread and butter.”

Coby insisted that John Lewis’ focus in new technology is for the long term. For the next five years, John Lewis will invest £100m in its IT infrastructure – something he calls a “priority”, with 75% of its shoppers now shopping in a way considered omnichannel.

However, as part of that investment, he admits the nature of JLABS could evolve into something entirely different in 2017.

“When we started JLAB it was about thinking of Spedan Lewis [son of founder John Lewis, who established the John Lewis partnership in 1920] and imagining how he’d implement the partnership strategy if he were at the helm of in 2014,” he added.

“We’re confident in the strategy but it can continue to modernise and we will look at how this year goes before deciding on how things will change next year. I’m sure we will do something again but it could look entirely different in 2017.”

Being seen as a tech brand

From the Unilever Foundry to William Hill’s start-up programme, there are no shortage of brands launching externally-focused entrepreneurial programmes.

And Coby believes that “a lot of people have imitated JLAB.” But ultimately, Coby said John Lewis is hoping to become a brand not just seen as a traditional high street retailer but as a “tech innovator” as well.

He concluded: “To a degree, we want to be seen like [Amazon and Google] among the public. We hope JLAB can help us to position ourselves internally and externally as an innovator in new retail technology.” 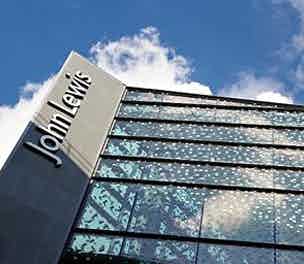 John Lewis is kicking off activity for its 150th anniversary with the launch of its first technology incubator aimed at helping the retailer identify and develop technology innovations and keep it at the “cutting edge” of retail.