Every week, someone complains to me that marketers are full of bullshit. The charges read as follows: they talk in jargon; they are always spinning everything to be positive; and they never tell the truth.

So when a marketing director has the gumption to outline some potential flaws for his brand and detail how he will tackle these, it appears everyone is shocked. When Marketing Week published a news story last week where John Lewis’ marketing director Craig Inglis spoke frankly about how important it is for brands to move with the times, you would think he had announced the end of time judging by the national press coverage that has followed.

In our interview, Inglis warned that as a historic high-street brand, John Lewis needed to avoid being “fuddy duddy”. Am I crazy, or is this just common sense? If you are a long-established brand appealing mainly to a middle-class mass market, you are always going to have to work hard to keep your edge. I’m just glad the brand’s marketing director is aware and tackling this issue.

Inglis also told us that the brand could be “accused of being beige”. Some newspapers, such as the Daily Mail, have reported that he himself thought this of his brand. 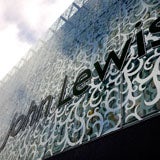 Not at all. Inglis is simply smart enough to know what critics could use against his business. And by highlighting that he knows it, he won’t allow that perception to become reality.

It also seems to have thrilled many newspapers to hear Inglis say that John Lewis is 15 years behind Tesco in its customer relationship management. Well, frankly, who isn’t? That’s like saying that most women aren’t as gorgeous as Angelina Jolie. It is well known that Tesco has a powerhouse of a CRM programme that is the envy of pretty much everyone else.

So, let me recap. Craig Inglis is a marketer who:

a) is ready to address any potential flaws in his own brand;
b) is actually honest about what criticisms could be levelled at it;
c)can identify good competitor marketing practice.

Now, when you understand that, doesn’t it make a nice change from all the bland, media-trained platitudes you normally see trotted out? I, for one, think Craig Inglis is a smart man with clever ideas. The Daily Mail claim this could be his ’Ratner’ moment, referring to the time jeweller Gerald Ratner jokingly called his own products ’crap’ and the chain lost its shine for customers. What a load of tosh.

Inglis never said that John Lewis was anything other than a great brand needing careful guidance to avoid losing its touch with customers. That is simply common sense. And thank god he has the balls to say it rather than hiding behind fluffy rubbish. He has gone up in my estimation enormously.

Fuck me, that went fast! I can hardly believe that 2011 is already over and yet here we are. So let me give you a tantalising insight into the months ahead as this new, recession-prone year coughs and splutters its way into existence. Let’s start with the subject of recession, because that’s the theme for […]