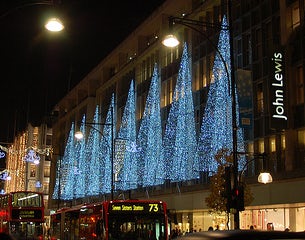 John Lewis is to launch its biggest Christmas advertising campaign on November 5. The £6.2m campaign is more than three times the amount spent by the retailer last year and is only the second time it has used television advertising.

The campaign will run for six weeks across TV, press, online, cinema and outdoor.

The TV ads, created by Lowe London, show people arranging John Lewis merchandise in a way that the combined shadow casts the outline of the people for whom the gifts are intended.

The ad is set to Morning Serenade, the theme from Prokoviev’s ballet Romeo and Juliet.

Judy Mitchem, Lowe London chief marketing officer says: “The idea behind the campaign is very simple, the execution has been challenging, but the effect in the end result is both striking and compelling.”