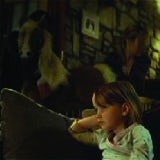 The retail group says that the increase for the week to 8 January, the biggest recorded in its current financial year, was helped further by an additional bank holiday (3 January) and favourable comparisons to the same period last year, when snow and ice hit trade.

John Lewis continues to outperform the retail sector. Groups including Dixons, Halfords, Next and HMV have reported disappointing sales over the Christmas period, blaming snow and the uncertain economic environment for flagging sales.

The group has marketed heavily recently, using Twitter to drive its Never Knowingly Undersold commitment and running a Christmas advertising campaign featuring a cover of Elton John’s “Your Song” sung by Ellie Goulding.