Over the six weeks to 2 January, online sales were up 21.4% – meaning ecommerce now represents 40% of the department store brand’s total sales.

Click and collect also saw a 5.8% increase in customer numbers as sales rose 16% compared to the previous year, with 35% of online John Lewis orders collected from a Waitrose store. This was mirrored by strong growth on smartphone and tablet orders, which were up 31% and remain John Lewis’ fastest growing channel.

The John Lewis Partnership also upped its performance over the Black Friday sales weekend, sending out 18% more parcels than a year earlier – this rate peaking at five parcels a second in its busiest hour.

However, the strong online growth was in sharp contrast to its high street performance as sales within John Lewis shops fell 1.2%. John Lewis blamed the fall on lower overall pre-Christmas footfall.

“Our performance reflects to a large extent the significant investment we have made in our distribution and IT capability,” says Sir Charlie Mayfield, chairman of the John Lewis Partnership. “Despite the fact trade was even more concentrated across a number of very busy shopping days, our operations performed especially well.”

The brand has also been boosted by its much-hyped Man on the Moon Christmas campaign. Despite Marketing Week polls claiming it had not matched the impact of previous John Lewis Christmas TV ads, the business has credited the ad for creating a surge in sales in its weekly trading updates.

Despite achieving record trading days on 23 and 24 December – with sales up 6.0% and up 5.5% respectively – like-for-like sales at Waitrose fell 1.4% over the six weeks.

Brits traditionally trade up on food at Christmas to the benefit of the more upmarket grocers such as Waitrose, with its customer numbers up 7% over the festive period. However, Mayfield admitted grocery trading had still been “challenging.”

He says: “This has been a strong Christmas trading period for the Partnership despite the non-food market seeing significant shifts in trade patterns and the grocery market continuing to be challenging.

“Prices are falling. The fact is if broccoli is half price, you and I have to eat twice as much for us to make the same money.”

As Mark Price announces plans to leave Waitrose, his successor will need to retain a razor sharp focus on improving the customer proposition and understanding what differentiates it if the grocer is to maintain its growth in an increasingly competitive market. 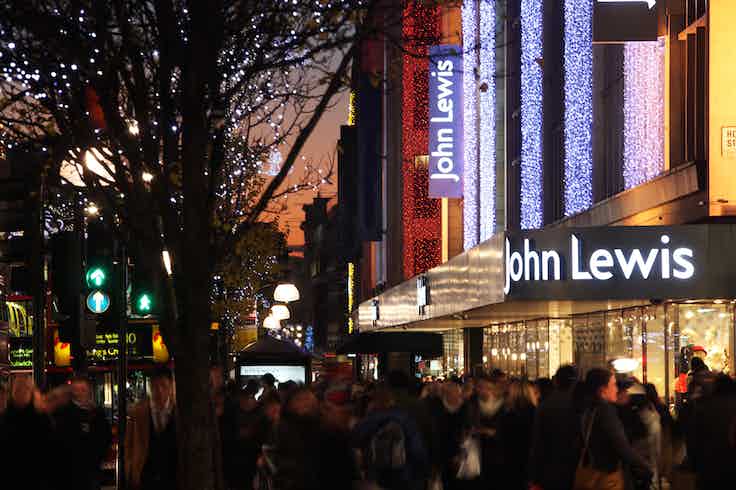