With consumer confidence in a pretty bleak place due to insecurities around Brexit, there’s a general acknowledgment that shifting big ticket items such as electricals will be tough for retail brands over the Christmas period.

In fact, this is something John Lewis has already conceded to. Upon announcing pre-tax profits at the group had fallen 53% to £26.6m in the first six months of the year, its managing director Paula Nickolds said convincing Brits to purchase big ticket items had become “more difficult”.

And in a new interview with Marketing Week, director of customer experience, Peter Cross, insisted the retailer wouldn’t be drawn into cutting prices to lure customers in over the crucial Christmas period.

He explained: “No one is denying the fact there’s caution in the market and in customer sentiment too. How long this will last is still unknown. But cutting prices isn’t the way we trade.

“We’re not a cutting prices kind of brand. We’re a business that’s all about adding value in different ways. It is a risky environment but we go into Christmas with a plan to highlight exclusivity and why Brits shouldn’t look to other brands because of the uniqueness of our product offer and in-store experiences.

“We’re selling Christmas in a far more experiential way than before and we’re confident that this will be the right strategy in this tricky selling environment.”

Cross was speaking at the launch of the retailer’s fifth annual retail report, which explores the key customer trends currently driving the business.

The report reveals Black Friday is now the most profitable shopping day of the year for John Lewis, as well as the fact 64% of customer visits to its website now come from a mobile device and 53% of customers are choosing to use click and collect.

In the past, John Lewis had called for a potential boycott of Black Friday, with the brand a known sceptic of the event. However, last year the brand reported its best ever weekly revenues of nearly £200m for the Black Friday week. 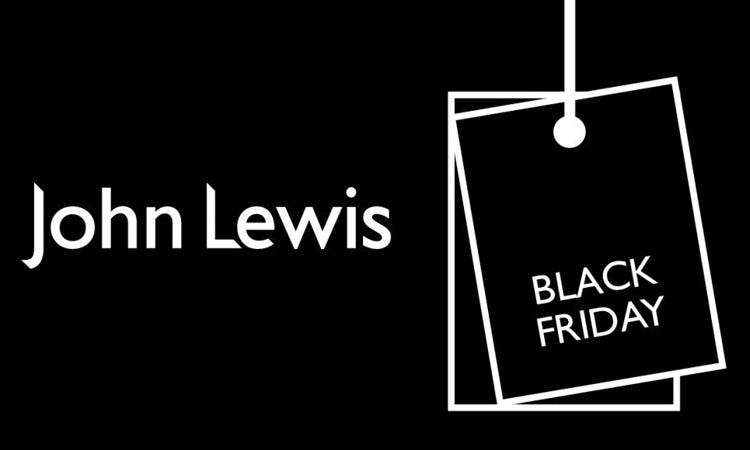 Subsequently, Cross says John Lewis now fully backs the one-off shopping event. “It’s no longer an option not to be involved. Over the five years we’ve been doing these trend reports, we’ve seen Cyber Monday, ‘Silly Saturday’, ‘Manic Monday’ – but everything has been forgotten due to the sheer power of Black Friday,” he adds.

Cross admits UK retail brands have tended to cut and paste store designs across their estates in the past, with the option of having some prosecco in-store about as far as experiential activity went.

But over the coming years, he says John Lewis will transform its in-store experiences. This, he says, will be a key way to differentiate from ecommerce rivals such as Amazon. “We want to go about doing all this with real conviction. In the last few weeks we’ve had Jamie Oliver and Rick Stein doing in-store events – so there’s constantly new things on the calendar. It isn’t just about going to have a drink in the prosecco bar anymore as that won’t get people out of bed,” he says.

“In 2017, the race to win over shoppers isn’t just transactional so the ambition is to build an experiential calendar into as many shops as possible. Oxford, which is opening soon, will be one of our most experiential shops.”

Mixing the mobile experience with the in-store experience is also something Cross wants to accelerate. There are now 14,000 John Lewis staff with iPhone 6s smartphones on the shop floor and he says this is already “transforming” the retail experience.

He explains: “There’s information on the iPhones from stock [information] to translations for customers whose first language is not English.

“There’s the story of the mum who wanted to buy a car seat for her kids and asked to test it out by fitting it into her car. She liked what she tested and instead of taking her back into the store to complete the purchase, she simply paid for it in the car park on one of our partner’s iPhones. Offering this level of support can transform our business.”

John Lewis is expected to reveal its highly-anticipated Christmas ad later this month.