John Lewis and Waitrose have teamed up on a Christmas marketing campaign for the first time to tell the story of an excitable young dragon who keeps accidentally ruining Christmas.

The ad, created by their joint agency adam&eveDDB, is set to the REO Speedwagon song Can’t Fight This Feeling Anymore, re-recorded by Bastille. It aims to bring together John Lewis’s positioning around ‘thoughtful giving’ with Waitrose’s of ‘thoughtful hosting’, with the theme of bringing people together over the festive period.

The ad follows the exploits of a young girl, Ava, and her friend Edgar, who is a dragon. It shows Edgar unable to contain his excitement as friends and family prepare for Christmas and unable to control his instinct to breathe fire.

Unfortunately, this means Edgar keeps ruining Christmas moments – accidentally melting a snowman, destroying an ice rink and setting the village Christmas tree on fire. Worried he will ruin Christmas, he shuts himself away until Ava comes up with a present that shows him the unique role he can play in the village feast.

Waitrose customer director, Martin George, says: “The magic of friendship and making our loved ones feel special are some of the most wonderful things about this time of year.

“The Christmas pudding in the final scene is not just the showpiece of a spectacular feast, which brings all the villagers together. It’s a reminder that a thoughtful gesture – whether that’s a delicious meal or a special gift – can mean so much.”

The ad will launch on social media at 6am today (14 November) when John Lewis and Waitrose staff will be given a link to share across social media and with friends. The two brands’ official channels will run the campaign from 7am before it appears on TV on Saturday (16 November) evening during the X Factor.

The main brand campaign will be supported by more product-focused activity – tech and toys for John Lewis, party food and Christmas day items for Waitrose – although this will still include Edgar to tie back to the main campaign.

It will run across TV, digital, print and social media, as well as John Lewis’s own channels and in-store. For the first time, John Lewis and Waitrose have a Snapchat lens that will let users change their face into Edgar’s, complete with fire breathing and smoke coming out of the ears. There will also be a world lens where users can interact with Edgar in the ‘real world’.

In-store, 10 John Lewis shops (a number of which have Waitrose located in them) will have photo opportunities with Edgar, while shop windows across the estate will reflect the ad. Both chains will also sell Edgar mechandise – including an Edgar cuddly toy and picture book, as well as Edgar cupcakes and biscuits.

John Lewis customer director, Craig Inglis, adds: “I’m delighted our two brands have come together for this year’s Christmas campaign. It started from a spark of an idea – a little dragon’s excitement about Christmas – and became the story of how someone goes the extra mile for their best friend to give just the right gift.

“It’s a funny, heart-warming story that will resonate with our customers as they seek out the perfect gifts for their loved ones this Christmas.” 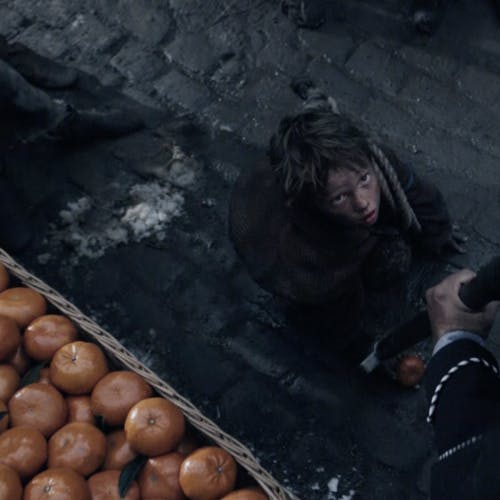 Sainsbury’s is celebrating its 150th year with a Christmas campaign centred on how festive traditions such as Santa Claus and stockings could have come about. 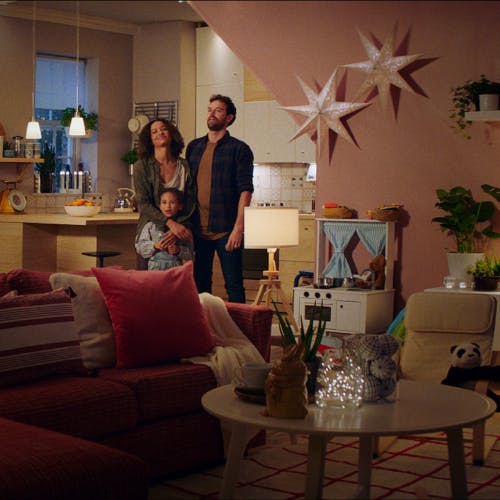 Ikea hopes to help Britons recover from ‘home shame’ by showing them how little changes can brighten up a house and get it reading for festive hosting.