The brand will be investing a “multi-million” pound budget into its marketing including a national TV campaign and PR activity in a bid to “encourage trial and bring canned fish to the forefront of consumers’ minds.”

Part of its campaign will focus on promoting its newest products including “John West No Drain”, which the company claims is its “biggest innovation success story.”

In a bid to strengthen its positioning, John West says it will also be launching over 30 innovations this year, aimed at exciting consumers and growing the £482.2m canned fish category.

John West marketing director, Jeremy Coles says: “2009 was an exciting year for John West. The launch of No Drain was a phenomenal success story with already 2.6 million households having tried the product. Our commitment to innovation will add further value to the brand and the canned fish category as a whole.

“After a fantastic 2009, we’re set for an even bigger 2010 with a huge marketing investment to ensure the brand is front of mind for consumers and a stream of exciting innovation which will bring new and lapsed consumers into the category.” 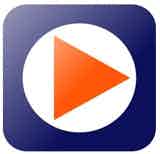 Not content with being king of search, Google seems to be looking to be king of online. News broke this week confirming it was eyeing up high-speed broadband in the US and a new attempt at social media with Buzz. But will this new concerted effort offer marketers a new form of engagement or is just a new assault on the market?