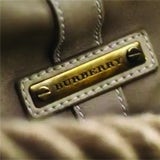 Burberry is to feature British acoustic musicians Karen Anne and Johnny Flynn in its Spring and Summer ad campaigns.

The couple star in creatives shot on Brighton Beach by celebrity photographer Mario Testino that will roll out in print this week, followed by a digital campaign.

The brand says the aim is to reinforce its synergy with British landscapes, weather and emerging talent.