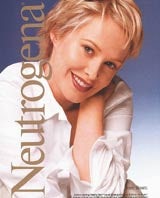 The range is to be rolled out in January 2004, supported by a multi-million-pound television campaign. BMP DDB is the creative agency for J&J’s toiletries ranges and will create the TV advertising, while media will be handled by Initiative.

Recent advertising for Head &amp; Shoulders has stressed the brand’s credentials as a mainstream shampoo, with no mention of the range’s benefits as an anti-dandruff shampoo.

In response, industry sources say that J&J wants to create a consumer-friendly dandruff range to match Head &amp; Shoulders’ shift towards the mass market. The company already sells the T-Gel Shampoo range, which is marketed as a medical treatment for itchy and flaking scalps.

An industry insider says: “J&J wants to create a specific sub-brand that customers will see as being good for both the beauty and health of their hair. It is an area that Head &amp; Shoulders owns at the moment, so it could be quite tough.”

The Neutrogena launch will be overseen by J&J marketing director Andre Baradat, who has assumed all marketing responsibilities at the company after baby care marketing range chief Carole Stevens took maternity leave.