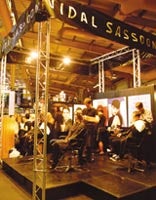 Vidal Sassoon Salons and Schools has appointed Jojo Communications to its international account. Jojo will create the company’s first UK advertising campaign for more than a decade.

The first work for Jojo, which picked up the business without a pitch, is to create an international magazine campaign. As well as targeting the consumer market, the agency will create a drive to attract more students to Vidal Sassoon’s London schools.

Jojo was founded in 2000 by John McWilliams, former group managing director of Arc Advertising. The agency is structured along the lines of a television production company with a central group creating and managing the idea and then commissioning the work out. Jojo claims its structure is one of the reasons for the Sassoon win. The media account in the UK will be handled by MJ Media.

Vidal Sassoon has 13 schools, academies and education centres and 26 salons worldwide, most of which are in the UK.

The Sassoon apprenticeship scheme takes up to three years to complete. Subjects covered include cutting, styling and colouring.

Although the company’s range of haircare products is manufactured by Procter &amp; Gamble, Vidal Sassoon Salons and Schools is a private outfit. The businesses are not operated as franchises as this is felt to make the standard of service less reliable.