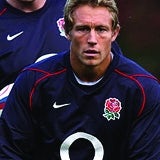 Gillette has signed up rugby stars Jonny Wilkinson and Brian O’Driscoll to star in the launch campaign for its new razor range Fusion ProGlide.

A television ad starring Wilkinson and O’Driscoll will air for two weeks inviting men to take up the “ProGlide Challenge” and experience the “revolutionary” new razor.

Gillette is also making behind the scenes footage featuring Wilkinson and O’Driscoll, available on its Facebook Page in a bid to drive its recently launched social media channel.

Gillette Fusion ProGlide launches in the UK on 25 January.

Parent company Procter & Gamble says it has invested its biggest ever marketing spend into the pre-launch campaign for Fusion ProGlide.