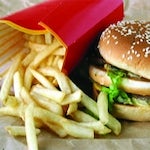 However, this falls short of the 41% fall estimated by Ofcom when the restrictions were introduced.

Ofcom published figures today (26 July) looking at the impact of the ban on ads for foods high in fat, salt and sugar being shown during children’s airtime.

The regulator found that although children were watching an average of 16 hours television a week in 2009 they saw around 37% fewer ads for HFSS products than in 2005.

This figure rose to 52% fewer ads for children, aged between four and nine, but fell to only 22% for children between 10 and 15.

Ofcom had initially estimated that the advertising restrictions, once fully implemented, would reduce the exposure of 4 to 15-year-olds to HFSS advertising by 41% of the 2005 level and by 51% for children under nine.

The restrictions were phased in starting in April 2007, amid criticism from the health lobby that the ban didn’t go far enough and claims by media owners that it would spell the end of children’s broadcasting. The rules were fully implemented in January last year.

The findings also highlight the fact that there had been an increase in the volume of HFSS advertising airing throughout the day. Campaigns are still calling for a ban of all junk food advertising before the 9pm watershed.