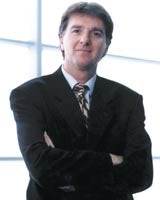 BJK&E associate director Dan Matthews portrayed a rather jaundiced picture of ITV1’s World Cup performance in this column two weeks ago (MW July 4). His opinion is not one which I believe ITV, advertisers, viewers and the media in general would agree with or recognise.

The comment piece read like a rollercoaster. Matthews questioned ITV’s whole broadcasting strategy towards the tournament. I want to take this opportunity to answer Matthews’ criticisms by looking in depth at our efforts.

Our coverage offered a genuine brand-building opportunity with unparalleled reach. A massive pre-sell resulted in June revenue increasing by 11 per cent year on year. Once you look beyond the four head-to-head games, it is clear to see what a great proposition we provided.

ITV1’s match selection maximised the opportunities for advertisers to reach a high proportion of desirable audiences in daytime.

Throughout the competition, BARB’s live data shows that ITV1 reached 71 per cent of individuals in the UK – that’s 39 million people. The average live game was watched by 3.6 million individuals (giving ITV a 40 per cent share).

ITV1 broadcast England’s first match of the tournament – against Sweden – exclusively. The game drew the highest average live audience of any game in the entire competition, breaking Sunday morning records. It gave ITV1 a record 84 per cent share of the total viewing audience and an 86 per cent share of 16to 34-year-old males.

Of the Ireland matches – of which we showed two exclusively, not one – both performed better than the solus first-round Ireland match on BBC1.

The early kick-off times throughout the tournament delivered desirable audiences during off-peak periods, while the nation’s favourite peak-time shows remained in their usual slots.

Critical acclaim for ITV’s World Cup coverage has been great, and viewers agreed. According to independent research conducted by Ipsos RSL/ICM, 82 per cent of those who watched ITV1’s coverage rated it as good. We also had four of the top five World Cup presenters, according to those polled.

On the commercial side, 32 advertisers created specific World Cup copy. Nearly half of viewers (47 per cent) agreed that they “enjoyed football-related adverts shown on TV during the Football World Cup”. Of those, 62 per cent were adult viewers under the age of 35.

Advertisers can now look forward to September – when the Champions League kicks off and is aired exclusively live on ITV1 and ITV2 – secure in the knowledge that a single ITV1 match reaches nearly twice as many men as a whole week of programming across the Sky Sports channels.

McCann-Erickson has created a new television commercial for Bacardi Breezer, which continues the Tom Cat theme as part of a &£13m marketing spend. The latest spot sees the cat a little the worse for wear after living it up at a series of late-night parties. The advert features Tom’s elderly owner and a vet, who […]

As Interbrew gears up to take a clutch of papers to court over leaked documents, George Pitcher asks whether the press are always right to protect their sources?