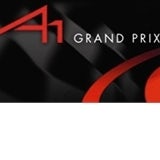 A1 Grand Prix, the World Cup of motor sport, has appointed JWT and MindShare to handle its &£8m advertising and branding business. It is understood the agencies won the accounts without a pitch.

The agencies have been briefed to develop a long-term brand communications strategy for the motor racing series and implement it across 15 markets.

A1 GP, which is understood to have been conceived by a member of the Dubai Royal Family, pits more than 20 nations against each other, in a unique driver versus driver and country against country format. The countries involved represent 80% of the world’s population.

The organisers of the competition claim it has created a new medium for brands to use as a promotional tool on a global scale. It is thought the race did not previously have an advertising or media agency and it does not have any existing sponsors.

A1 GP marketing director Kenton Elliot says he has appointed the agencies to support the race through creative brand building. A1 encapsulates the two key aspects of the competition, according to its founders: it is the first letter of major continents and also represents “one world” unity.