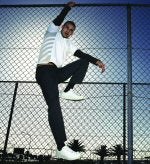 K-Swiss, the US-based footwear company, is moving into clothing for the first time in a bid to broaden the appeal of the brand. The K-Swiss Sneakerwear range will launch later this year.

The 40-piece menswear collection will be targeted at the premium end of the lifestyle clothing market and will comprise two ranges of tops, bottoms and outerwear. The brand is also looking at launching a female and lifestyle range of clothes in the next two years.

Designer Desiree Mejer, founder of fashion brand Fake London, has designed one of the limited edition ranges as well as a range of Fake/K-Swiss footwear.

The second range has a ski focus, reflecting the background of K-Swiss founders and World Cup skiers Arnie and Ernie Brunner.

The ranges will be rolled out across high-end department stores and independent retailers, such as Selfridges.

K-Swiss European marketing director Mark van der Wal says: “The new casual clothing collection gives K-Swiss and its vendors a significant opportunity to broaden the brand’s image and bring something fresh and new to the market.”

The launch of the clothing ranges will be supported by an ad campaign exclusive to MTV Europe from July.

The brand recently launched an integrated ad campaign to support its Nautical range of trainers. K-Swiss UK marketing manager Nick Crook says the brand is focusing its efforts on the UK and ramping up its online advertising efforts.

The TV campaign breaks next month. Its digital campaign, including a microsite created by agency Inbox Digital, launches this week.

Department for the Environment, Food and Rural Affairs (Defra) has appointed Abbott Mead Vickers.BBDO to handle a campaign focusing on climate change and highlight ways consumers can reduce their carbon dioxide emissions. The agency won the account, which is thought to be worth £5m, following a competitive pitch against Vallance Carruthers Coleman Priest and DFGW. […]

Ryanair has been forced to back down after a heated stand-off against Chancellor Gordon Brown over paying an air passenger duty bill (APD) of more than 2m.