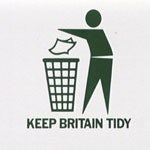 The three roster agencies will now work on a range of creative campaigns and publications for the Wigan-based charity over the next three years.

The appointment signals a heavier focus on marketing and the start of the charity’s three-year strategy to “win the battle on litter”.

The charity has previously admitted its anti-litter message had “lost its way” and has pledged to expand the group’s marketing team and activity under the newly appointed chief executive, Phil Barton.

Inferno, Dig for Fire and Lake Design won the account in a six-way pitch against Bray Leino, England and Brahm.

Previously Wunderman and Vivid were on the roster with Dig for Fire and Lake Design.

Keep Britain Tidy changed its name to Encams in 2001 but has since returned to its original name.