Created by Manchester based creative agency Lake, the campaign hopes to capitalise on the nation’s “increased sense of national pride” throughout the World Cup to encourage people to put litter in bins and keep the streets clean.

Lake has created a “mini-campaign” including car window stickers and posters with the strapline: “We Don’t Need Messi, c’mon England, Let’s keep it tidy”, referring to Argentinian footballer Lionel Messi.

Earlier this week Keep Britain Tidy revealed it is looking for a media agency to support its strategy to expand its marketing activities under the newly appointed chief executive, Phil Barton.

Keep Britain Tidy has worked with Lake for nine years, and was reappointed following a review in November last year.

Ginette Unsworth, Keep Britain Tidy’s head of marketing, communications and events, says: “During the World Cup most people get behind the country and we would like people to not only support the team, but join us in the ongoing battle against litter.”

Every so often, the question is posed: is direct mail finally dead? Has the plethora of digital and social networks now available to consumers and businesses at the flick of a switch contrived to put the final nails in its coffin?

While direct marketers tend to err on the side of caution in using suppression files when marketing to existing customers, the same cannot be always said for those managing acquisition campaigns. Yet failing to do so is not only damaging to business in the short term, it is also highly damaging to the future of the direct marketing industry. 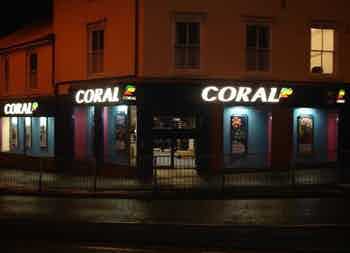 The Gala Coral Group, owner of the Coral.co.uk, galabingo.com and GalaCasinos.co.uk, is preparing to fight for a slice of the growing digital betting market with a major marketing push for its online brands.