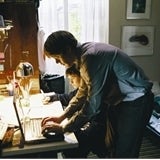 Advertisers’ representations of domestic life have had to change radically over the years to reflect modern society, but research shows consumers still yearn for traditional values. By David Benady

Family life has long provided a rich source of imagery for the advertising industry. But the old certainties of ads where mum, dad and two kids sit around the dining table have been shattered by a new and diverse set of domestic relationships.

Divorce, single parenthood, the rise of single households and the emergence of children’s markets have turned marketing to families into a minefield.

Add to this an increase in step-parenting and so-called “boomerangs” – children over 25 living at home – and the picture of family life starts to look confusing for marketers.

Traditional views of the nuclear family are being challenged. Fathers are now often portrayed taking a greater part in household chores, and the representation of gender roles has shifted, albeit gradually, over the past 50 years.

Procter &amp; Gamble reflected this change in an ad campaign for nappy brand Pampers last year, which featured a father as the main carer – reading junior a bedtime story – for the first time in the brand’s advertising history. Yet, far from being viewed as a departure, some see this as proof of how slow advertising is to reflect fundamental changes in gender and family relationships that have been underway for decades. 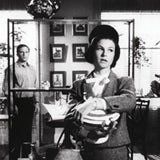 Even so, in the soft focus world of advertising – where people’s desires are dredged up and sold back to them in idealised forms – it seems people are hankering for a return to the good old days.

Some campaigns now play on aspirations for traditional family values that have long disappeared. Once Katie’s family sat obediently around the table waiting for her to pour the Oxo. This picture of matriarchal family bliss now seems quaint and outmoded. Yet rival gravy mix Bisto is promoting the benefits of family mealtimes through its “Bisto Night” campaign – though it avoids putting mothers in the caring, cooking role that Katie so relished.

Bisto claims that the absence of family meal times leads to emotional and behavioural problems for children and that if more families spent one night a week having a roast meal liberally drenched in Bisto gravy, the world would be a better place. It says something about the state of the modern world when a packet gravy brand feels it has the authority to preach to its consumers about parenting skills.

John McCambley, brand marketing manager at research company Nunwood, says/ “Oxo managed to retain its family tradition yet demonstrated that it has moved with the times and reflects a modern Oxo customer, and that is not a person that eats beef and veg every Sunday afternoon.

“In general a lot of campaigns fail because they do not accept that in today’s lifestyle, people do not want to be associated with the boring and dull, they want to be interesting and unique even within the modern family.”

Further evidence is emerging of the desire to return to an old-fashioned notion of the family. A research study by marketing company Bounty, which spoke to 3,000 families, has found an increasing number of them are seeking to turn back the clock on modern lifestyles. A quarter of mothers and fathers named The Waltons – a model family that featured in a 1970s US soap opera – as their ideal family, and 75% of mothers said they would stay at home and bring up the children if money were no object.

The agency has dubbed these “retro families” where parents want to give their children a traditional childhood, encouraging them to enjoy simple pleasures like baking a cake, eating together and camping holidays. “Families today are gravitating towards nostalgia and trying to create a safe, simple, protected childhood for their children,” says Bounty managing director Simon Williamson.

Statistics about the changing nature of family life and parental roles perhaps explain this desire to retreat into a past that was safer, kinder and cosier. An online research project by brand agency Dragon interviewed 260 people aged between 22 and 65. Most respondents felt that time, rather than money, was the greater pressure on their daily lives. When offered a choice of time or money, 90% wanted more time. Although nearly eight out of ten thought that children were the essential components of a family, many people without children saw their living arrangements as representing a family. Dragon coined the phrase “childless nesters” to describe such households.

There are other indicators suggesting rapidly changing family structures. One in four women born in 1972 will be childless by the age of 45, according to the National Family and Parenting Institute. And by 2031 the proportion of unmarried men could rise to 46% compared with 35% in 2003, according to National Statistics. In 2001 almost 40% of live births in the UK occurred outside marriage and one in four children live in a lone parent family. The average number of children per family was 2.45 in the 1930s but has fallen to 1.74 today.

This decline in the number of children per family has led to an increasing spend per child and a burgeoning children’s market. This has been tied to the arrival of specific children’s commercial television channels such as Nickelodeon and Cartoon Network.

The targeting of children by brands employing “pester power” as a way into parents’ pockets has given family marketing a bad name. Since Abbott Mead Vickers.BBDO was exposed by the House of Commons Select Committee on Health for using pester power to sell Wotsits, brands have become somewhat shy of boasting about the way they target children.

There is a greater move these days to try and target families as a whole, rather than encourage children to bother their parents to buy them products. One company that has changed its emphasis is Logistix, which used to be known as Logistix Kids but has dropped the latter part of the name and recast itself as a family marketing agency. 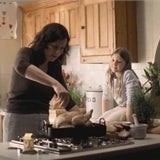 Planning partner Dave Lawrence says: “Our approach as a family marketing agency is to find common ground that unites families and unites them with brands. It is counter to the historic notion of pester power; we have always advocated bringing them together. People that have children find the children become the centre of their universe. Decisions are made with reference to the kids.”

But brands are still tempted to take the easiest route to selling family products by targeting children. Vauxhall’s ads for the Meriva and Zafira brands, which show children discussing their parents’ cars in a precocious fashion, is one example. It is built on the notion that children can determine the car their parents buy, yet seems to step clumsily into the area of pester power.

Judy Bartkowiak, who runs focus groups with children on behalf of brand owners, says: “Clients are adamant that they should be seen to be targeting the parents but in fact it is the children’s views that are important to them. They also want to be seen to take issues like obesity and education seriously but are reluctant to make significant changes to the products fearing that children will reject the taste.”

Another campaign that is viewed as encapsulating the changing nature of family portrayal is the BT advertising, which shows an ordinary family outside the traditional set-up and uses gentle humour and sensitive scenarios.

As Juliet Strachan from the HPI research group says, the campaign recognises a “degree of dysfunctionality in every family.” And she adds: “Acknowledging the fluidity of each family member’s role is the hallmark of successful campaigns. There is very little to specifically alienate audiences in today’s crop of family-focused ads.”

Agency BD-NTWK has carried out extensive research into modern families and finds that where once many purchasing decisions were based on conflict resolution (pester power) there are now more “partner decisions”.

The agency believes that in the main this is down to the closing of the “generation gap” between parents and their children. Teens are getting older more quickly and parents staying younger.

Advertising has long been criticised for flooding the world with stereotypes that reflect how brand owners would like people to be – a homogenised herd obediently buying brand-leading products.

But as media fragments and mass-market images of ideal families look increasingly unrealistic, brands are being forced to take heed of atomising families in the ads they produce. Ironically though, it seems that the nostalgia craze could mean a return to some of the stereotypes of the past.