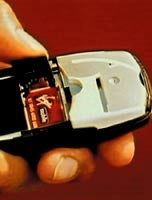 Mobile phone network operators have fought a pitched battle to acquire customers for 15 years. Now the rules of the engagement have changed in a market where 52 per cent of the population already have a mobile phone (Mintel). Keeping those customers loyal is the new priority.

This Christmas there will be a sea-change in mobile phone marketing. Instead of a straight race to amass customers, the UK’s operators will try to persuade their existing ones not only to stay with them, but to begin to part with valuable data about themselves which was previously not required.

This data is needed to supply the added-value services which are going to be essential for mobile network operators.

According to Mintel, an estimated 75 per cent of phone sales in 1999 were pre-pay handsets. The pre-pay, phone-in-a-box offering has attracted so many users so quickly because the customer does not have to sign a contract.

Pre-pay customers have been a boon to the mobile companies, allowing them to turn phones from luxury items into indispensable ones, to acquire huge profits, to go on international acquisition sprees, spend billions on third generation (3G) mobile phone licences and, nearly always, impress the stock market.

But there is one flaw: the networks do not hold any information on customers who simply buy a box with a phone in it and top up call time with vouchers.

One 2 One marketing director Tim Yates says: “We are determined to discover more about our pre-pay customers, who comprise about 73 per cent. Registration of these customers will enable us to inform them of the latest offers and of any new additions to our growing range of equipment and services.”

“Over the next couple of years, in line with market penetration forecasts, our focus will increasingly shift from acquisition of new customers to retention of existing ones. By registering key data about our pre-pay customers we can start to offer a more individual service,” says Yates.

Investment house Investec Henderson Crosswaite predicts that of the 30 million mobile users in the country, more than half – 16 million – will “churn” (change networks) within the next four years. It is a massive problem for the industry.

The “churn” forecasts must send a chill through an industry which spends millions of pounds every year subsidising mobile handsets.

Virgin Mobile, which uses the One 2 One network, advertises the fact that when you change networks you don’t have to change phones, and it claims not to subsidise handsets as much as its rivals.

“A vortex has been created by subsidised handsets,” says Virgin Mobile spokesman Steven Day. “Manufacturers are producing new models every few months instead of every few years and the networks are losing their investment in pre-pay handsets more quickly as consumers move on to a new network and a new package.

“We forecast the handset subsidies will diminish because it is economically futile and a dangerous game to play if you are worried about customer retention.”

He says networks are putting policies in place to diminish subsidies and increase retention: “But we try to destabilise all that and started in July with our Divorce campaign, which is working – our Sim card-only sales [where customers buy only the Sim chip which powers a mobile phone rather than the handset as well] are 20 per cent ahead of our handset sales.”

But by advertising the ease with which it is possible to change networks, surely Virgin Mobile is adding to the “churn” problem: “We believe the key differentiator is quality of service and services, which is why Virgin Xtras is very important to us.”

Virgin Xtras offers users the chance to purchase products such as holidays, CDs and electrical goods over the phone at discounts on high-street prices.

The company plans for 45 per cent of its revenue to come from value-added services, other than voice, within five years. Virgin Mobile believes this is achievable because Virgin is already a trusted consumer brand. “The networks are technology companies first and consumer companies second. We are the opposite – a consumer brand backing into the technology. Customers would buy holidays from us but would they from Vodafone?” says Day.

He adds: “So far it’s been a mad panic for volume, getting and retaining customers. Now everyone is spending millions of pounds a day hoping they’ll find something sticky to make customers stay.”