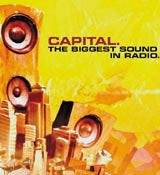 Kellogg’s Cornflakes is to sponsor Capital Radio’s new-look Chris Tarrant Breakfast show when it relaunches on January 6. It is the first time in the show’s 15-year history that it has had a sponsor.

The show has been the subject of widespread speculation since Tarrant indicated several times that he wanted to give up presenting the show, but then committed to another year in September. The relaunched show will start half an hour later at 7.30am and it is understood Tarrant will take more time off.

Capital has poached BBC Newsround presenter Becky Jago to co-host the show after it failed to attract Radio 5 Live presenter Caroline Feraday, who has joined LBC. Capital is also thought to be searching for a deputy to fill in for Tarrant while he is away, and who could replace him when he does eventually leave.

The show relaunched after losing 300,000 listeners over the past year. It is a trend seen across the group, as Capital’s audience share fell from 10.3 per cent to 8.8 per cent for the last quarter.

The new Capital breakfast show will be supported by a TV campaign that will break on January 3.

The two 20-second ads, created by Delaney Lund Knox Warren, will use audio clips from the show’s new features and will carry the strapline “The All New Capital Breakfast Show starts Monday with New Features, New Faces and Fun – the only thing that’s not new is where you’ll find us.”