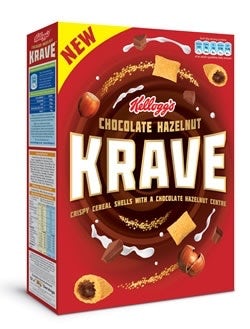 The cereal maker will first launch an online game for Facebook fans. The mobile app will launch in July.

The Facebook game is a 2D platform game featuring a character called Krave Krusader who must overcome challenges and obstacles in pursuit of chocolate. Users can also play against friends via the social network.

Kellogg’s says its move into gamification “illustrates its commitment to social media” and will be a major part of its brand marketing strategy.

The game will be supported by a £1.6m campaign including TV, cinema and online advertising.  It will also be promoted on packs of Krave, which will include codes to unlock extra bonus rewards and prizes within the game.

Kellogg’s Krave brand manager Laura Sutcliffe says: “Our target audience lives and breathes through social media and we are maximising the opportunities this channel brings with the Krave Krusader game.”