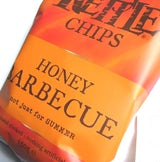 The company, which has a factory in Norwich, is to be acquired by San Francisco-based Diamond Foods, which is best known in the US for its Emerald snack nuts and Pop Secret microwave popcorn.

The completion of the sale comes after an auction called by Kettle’s owner Lion Capital, the London-based private equity firm behind other well-known UK brands such as Weetabix and Wagamama.

United Biscuits, which owns McVitie’s, Jacob’s and Twiglets, offered up to £200m for the UK part of the business.

Diamond says it will take on Kettle operations in both the US and UK after sealing the agreement with Lion worth $615m (£402.3m). The deal should be completed by the summer.

Jeremy Bradley, managing director of Kettle’s UK business, says Diamond’s record in the snack industry made it the “ideal partner” and said Kettle gave the US company a platform for growth in the UK and Europe.

It is unclear how the deal will affect Kettle’s marketing operations. Last year, Isobel launched an ad campaign for the brand using stop-frame animation and ending with the strapline: “We think simple is better.”