Speaking at ISBA’s Annual Conference yesterday (12 March), ISBA president and Britvic CEO Simon Litherland said the biggest issue and threat facing the industry is trust, which be believes is at an all-time low.

He believes this could be due to privacy concerns with regard to data, the rise of social media and the barrage of messaging that consumers receive daily, which are all making consumers more knowledgeable and raising their expectations.

This year, ISBA will focus on transparency as well as online brand safety.

Blurring boundaries between editorial and advertising, as seen through brands’ use of vloggers and bloggers, could be contributing to this decline in trust.

Last year, Mondelez was the first company to have YouTube ads banned due to an “unclear” vlogger tie-up for its Oreo brand. Citing this case, Guy Parker, CEO of advertising body the ASA, said that almost all vloggers support the fact that if content is paid for and the advertiser controls it, it is an ad. However, he said many brands still pressure vloggers to hide this fact in their content.

Speaking about the success of YouTube, Eileen Naughton, marketing director of Google UK, said the amount of time UK viewers spend viewing video has increased by more than 50% in the past year, presenting an opportunity for brands.

Vlogger Zoe Elizabeth Sugg, known on YouTube as Zoella, is the prime example of a powerful influencer, with over seven million followers in the UK and two million elsewhere – she is even outdoing the readership of the likes of Glamour and Grazia amongst the 18-34 female age group.

However, vloggers, bloggers and other influencers are seeking more than money in a deal with a brand according to Smales, who said the likes of PixiWoo often look to partner with brands they are already using and supporting.

“These are creative individuals who need brands to partner with them credibly,” he said.

Campbell claimed that despite frequent offers, she only works with brands she has a genuine interest in, adding that she doesn’t let brands sign off on her content.

Fitness-conscious Wicks agreed, having recently turned down a major deal with Lucozade due to its sugar content.

Avoiding crisis in the online world

Meanwhile at the conference, Sky’s group director of corporate affairs, Graham McWilliam, highlighted the importance of trust in terms of online environments.

Speaking on privacy concerns after moving to pioneer Snapchat and Skype to break news, McWilliam referenced Sky Shield, its parental control block on its broadband services, as well as its work with the government on online awareness campaigns as part of its efforts to combat declining trust.

“Trust is the foundation to durable success,” he said.

Despite proactive efforts, Sara Bennison, managing director of marketing for Barclays, said the online world can often require crisis management, stating that the key is to have a framework for every situation or negative story.

“The key to quickly repairing brand damage is to have a clear strategy on social media,” she said. “On Twitter, we could be dealing with consumer operational issues, such as with an ATM or Russell Brand throwing grenades at us on Twitter.

“You have to be as well equipped to deal with both, and then people have more faith in the brand identity.”

Being proactive may be the solution

While brands have set out strategies to help regain trust of their consumers, Guy Parker, CEO of the ASA, said the advertising body is also re-examining its strategy.

Parker agreed that there is a long-term decline of public trust in advertising and expectations are increasing, with the body resolving over 37,000 complaints last year – a new record.

In terms of finding a solution he said the ASA is looking at becoming more proactive.

“It’s about being bold in terms of enforcing evidence-based rules which are strict where they need to be, and getting the right balance between restriction and liberalisation,” he said.

“The challenge is to avoid falling prey to status quo bias, and to avoid justifying arguments in order to not change the approach.” 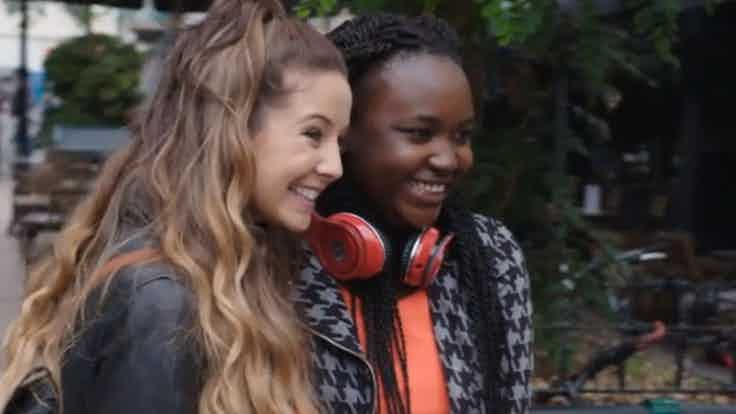