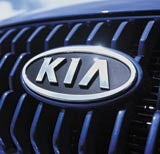 Hamilton has been poached from Mitsubishi Motors to join Kia, where he will once again work with managing director Paul Williams, a former sales and marketing director at Mitsubishi.

His appointment follows the resignation of marketing director Guy Jones, who resigned in March after four years in the role after the business relocated from Tunbridge Wells to Weybridge (MW March 4).

Last year, Kia reviewed both its advertising and media accounts, deciding to retain the incumbents Mustoes and Starcom Motive in both cases. Mustoes has created a &£15m campaign to reposition Kia as the “thinking person’s car”, promoting its Picanto hatchback.

In the UK market Kia has seen its sales increase by 47 per cent over the year.