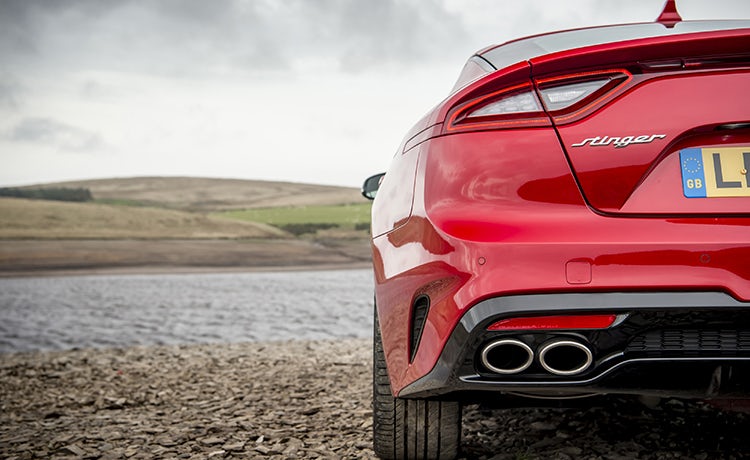 Kia certainly doesn’t pull any punches when it comes to describing how British consumers might see the brand. “Low value”, “budget” and “small” are just some of the words marketing director David Hilbert singles out.

But that could all be about to change if the South Korean manufacturer can pull off its ambitious plan to go premium, a strategy it will be accelerating this year.

The car marque has been in the UK for 26 years, so Hilbert claims it is still “quite a new brand”, which is one of the reasons why people on the street who know Kia but don’t own one “still have the perception that we do low-value or budget cars”.

In recent years, however, Kia has set out to change perceptions by releasing more premium cars, such as its Sportage and Sorento models.

Its latest endeavour, and soon to be the crown jewel in its line-up, is the Stinger. It is the result of nearly 10 years worth of design and engineering, and a move Hilbert, who joined the brand nearly 18 months ago to drive the transformation, argues will redefine Kia as a “luxury performance” brand.

“The launch of the Stinger is a way to challenge those perceptions of the Kia brand. Over the past few years you can see how we’ve developed our product range to really move away from that initial small car status we had in the UK,” he says.

“The Sportage is becoming a key model in our line-up. It’s quite polarising in its design, and that makes it stand out from the crowd.”

Despite Kia’s struggle to shake off its cheap car image among the UK public, it claims half of its volume sales are now driven by its Sportage and Sorento models, retailing for around £18,000 and £28,000 respectively.

Kia finished last year with a 3.7% market share. And while UK car sales fell 5.6% in 2017, the brand managed to increase sales by 4.3% – selling over 93,000 vehicles. Parent company Hyundai Motor and the global Kia brand, however, missed their 2017 sales targets for a third straight year.

The best way to shift perceptions is by people seeing and physically touching the car, and to see how far we’ve come in terms of quality and design.

As Kia has become a top 10 seller in the UK over the years, it no longer sees itself as a challenger brand but as a mainstream competitor, going up against brands such as Nissan, Hyundai, Renault and Peugeot.

READ MORE: Nissan – We still have work to do to build brand trust

Moving upmarket, however, does mean it will have to face off against a new set of brands. Hilbert believes its focus on tech, including safety features like a heads-up display, will set it apart from rivals. Features such as this will be added to its other models in future.

“With the Stinger, you don’t have direct competitors, it’s mainly premium ranges of mainstream brands, like Vauxhall’s Insignia series or the high-end Mondeos [from Ford]. But we also touch on [competing with] premium brands, such as the Audi A5 and A4 series,” he explains.

“With those premium marques you have to pay for the extras and added spec. But you get that as standard with the Kia Stinger. From a branding point of view, you could argue [manufacturers like Audi] are more premium than mainstream, but ultimately people buy cars on the exterior styling, and we believe we have a great looking car that will turn heads.”

The move to attract a more premium audience has also led to a change of approach in marketing. With its target audience – mostly men who are “successful in their careers” – being hard to reach and time-poor, the brand decided to have multiple strands to the Stinger’s launch campaign. 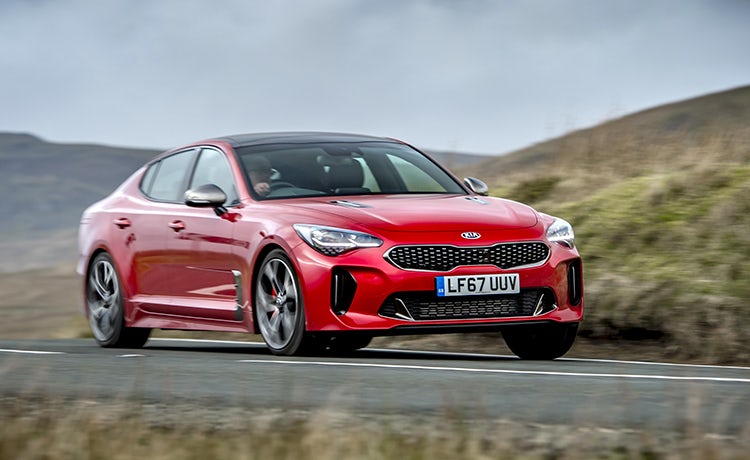 Launching this month, the campaign will involve a “hero” TV ad and digital activity. A major part of the campaign will also include an out-of-home takeover at Waterloo Station in London where passersby can see, touch and feel the car.

“The best way to shift perceptions is by people seeing and physically touching the car, and to see how far we’ve come in terms of quality and design,” Hilbert adds.

All media buying within the station will be focused around the Six Nations Championship over two major rugby weekends, when the English team takes on Wales and Scotland. The brand doesn’t sponsor the tournament but it wants to be associated with sporting events such as this.

As we are a relatively new brand we need to develop a personality and sports provides a good way of doing so.

Sport has always been a “crucial ingredient” of Kia’s marketing strategy. It has previously rolled out global sponsorship deals around football and invested heavily in cricket on a local level.

“Sports helps us build Kia’s personality. As we are a relatively new brand we need to develop a personality and sports provides a good way of doing so,” he says.

Yet the brand’s head of communications Jane Fenn insists it isn’t looking to become an official sponsor of rugby events just yet.

“Obviously we have associations with football and cricket already, and rugby isn’t something that we’ve sponsored. At the moment that’s not our intention, it’s around trying to best reach our audience and knowing that the audience’s passion points are around sports,” she says.

The challenge of turning a brand around

Kia is undoubtedly keen to attract a new demographic, as well as keep its appeal among its existing customer base. When asked if there is a risk of alienating consumers by trying to appeal to too many different audience segments, Fenn quickly refutes this claim.

“The fact we’ve got such a diverse product portfolio means the future for us is very much around being a brand that sticks at every single life stage. It’s about making sure we have models that fit into what people are looking for at any stage. I don’t see it being an issue,” she says.

The car marque also claims to be realistic about turning its image around, and is taking a “long-term approach”. Hilbert says the UK car industry is “arguably one of the most competitive environments in the world”, due to the nation’s historic affection for cars. But a regional design office in Germany helps the Korean brand create new products for European tastes.

He concludes: “If you think about where we were about 18 years ago compared to where we are now, we’ve gone from selling 10,000 cars a year to 93,000. This is phenomenal growth and proves we are changing people’s perceptions. The Stinger is the latest model to inject even more passion into that and push the boundaries.” 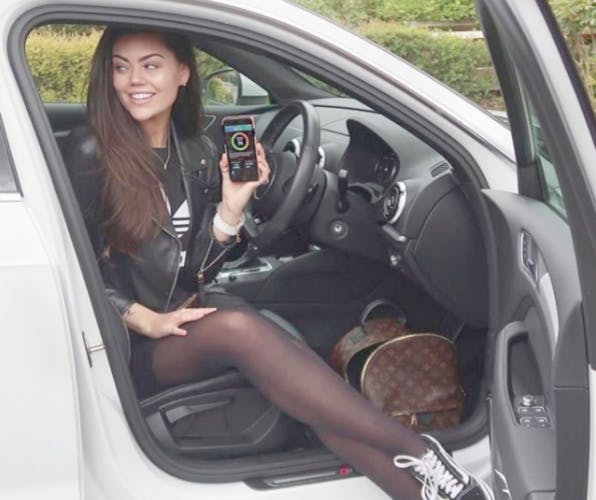 Brand director Kerry Chilvers says marketers need to “make some pretty big calls” if they are going to have an impact with a small budget. 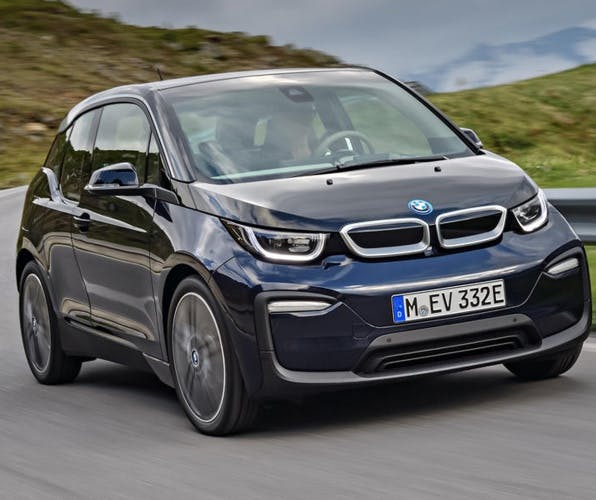 The Advertising Standards Authority (ASA) has banned a BMW ad after it made false environmental claims. 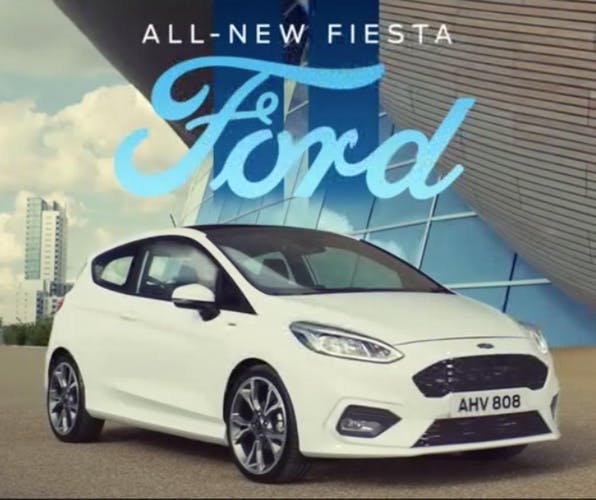 The car marque says all of its future ads will be made in the UK and tailored specifically to the British market, but insists it has nothing to do with being nationalistic or Brexit.