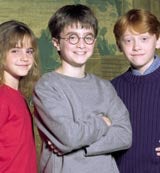 In the age of interactive video games, the internet and multi-channel television, reading may seem a rather outdated form of entertainment. But, as World Book Day, on March 4, approaches, new research by MORI among schoolchildren shows that young people still have a positive attitude towards reading.

Half of the children taking part in the survey, which is part of a series of studies into family life in Britain carried out for NestlÃ©, describe reading as “relaxing” and a third describe it as “fun”. However, a significant proportion, 26 per cent, do not share their enthusiasm – they describe reading as “boring”.

Over half of the respondents say books have helped them to understand different peoples and cultures, while about a third say books have encouraged them to try new hobbies. Two in five have been encouraged to learn about new subjects after reading about them. This is particularly true of pupils over the age of 17, and children at independent schools: 56 per cent and 55 per cent respectively profess to wanting to learn more about new subjects as a result of reading.

Younger pupils (those aged 11 or 12 years old) are more likely to have been encouraged to try new hobbies, with 48 per cent saying that they have tried something new as a result of reading. The research also shows that 46 per cent of pupils from a black or ethnic minority background have tried a new hobby after reading a book, as have 34 per cent of white pupils. While this is encouraging, it is worth noting that a third of respondents say they have better things to do than read books.

Young people were asked what they thought about the place of reading in the modern world. Although two in five (41 per cent) of those surveyed say that books are important to them, given the choice seven in ten would prefer to watch TV or a DVD/video. Similarly, more than half say they would prefer to use the internet than read a book.

Indeed, according to the respondents, the future is not bright for books – 43 per cent believe that the internet and computers will have replaced the printed book within the next 20 years. This view is held by 45 per cent of state pupils, against 31 per cent of pupils from independent schools. Not surprisingly, 59 per cent of those who have no interest in reading books also agree that the internet is the medium of the future.

A variety of factors influence young people’s choice of books. Foremost among these is peer influence: more than 43 per cent of those surveyed say that, if a friend tells them about a good book he or she has read, it makes them want to read that book.

Films and television also influence children in their decisions about what to read, with just over a quarter of respondents saying they are keen to read a book if it is based on a film that they have seen and enjoyed. This is also true of TV programmes, with 15 per cent saying that they would read a book based on a TV programme they enjoy. Nor are children’s reading habits immune to the cult of celebrity: 23 per cent of young people say that they would be interested in reading a book if it was about a famous person that they like.

The biggest barrier to young people’s reading is lack of time. Over half of the respondents say that one of the things that would encourage them to read more books would be having more free time. The cost of books is perceived to be another hurdle, with 45 per cent saying they would read more books if they were cheaper.

The research shows that young people continue to enjoy reading. As the success of the Harry Potter series has shown, there is still plenty of scope for books to appeal to modern tastes – and a significant number of brand extensions can be developed from storylines that can capture the imagination of a young readership.