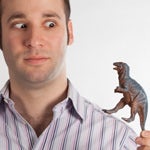 In advertising and PR, we tend to make a hero of the idea and its presentation: the glossy TV spot, funny viral, cheeky tactic, dramatic front-page placement or iconic celebrity spokesperson.

But the idea and its execution are only part of the story. Great creativity and delivery should be celebrated, but they are means to an end – to be successful, communications need to be grounded in audience insight.

Where does this understanding come from? How can we, as agencies and marketers, understand what the audience really wants or needs? The contemporary panacea is data – from conversion percentages to click-through rates, econometric models and segmentations galore.

We are now blessed with a more thorough knowledge of the minutiae of human behaviour than ever before. But data can only take you so far – even at its best, it can only answer the questions you ask. Audience insight comes from people – from spending time in their shoes, having the conversations, poking and prodding until you turn up the answers you never would have expected.

When launching the Government’s Business is GREAT Britain campaign, we knew we needed to appeal to businesses with fewer than 250 employees, which form one of the most critical segments of the UK economy and, therefore, one of the most surveyed.

There was no shortage of statistics. The numbers said, among other things, that despite a difficult economic setting, some businesses were growing, and more presumably wanted to. The data gave us a good start, but we wanted to know more – so we spoke to them. Hundreds of them.

The results of our interviews – which took place all over Britain with everyone from caterers to boat builders to recording studios – painted a more complete picture.

Many business owners wanted to grow but they didn’t know how. The ambition was there, but the practical knowledge of the best next steps for them was not. This simple truth was the key audience insight.

From that insight came the big idea – a showcase of the Government’s services for growing enterprises: everything from tax relief to free, expert advice on hiring, finance and export. Businesses no longer had to go it alone and everything they needed was now all available from one place and from an impartial party that shared their best interests.

Enough has been written about the concept of the ‘big idea’ that it doesn’t need repeating – you know you’ve got a good one if it is distinctive, credible and channel-neutral. But achieving this is only the first half of the communications process. It does not matter how good the idea is if you express it badly. (The reverse, of course, is also true – a bad idea becomes no better for being presented well.)

In the case of Business is GREAT Britain, even if the Government’s offer to businesses was exactly what they needed to hear, that wouldn’t matter if we said it the wrong way. Expression is not merely a matter of channel, but also tone, voice and presentation. How do we learn how best to express the big idea?

Again, it all comes back to the audience. In this case we learned that our audience is deluged with sales communications – every time they check their mail or open their browser they are offered tactical business ‘solutions’ from ‘reliable’ third parties.

Business owners are time-stressed and resource-savvy so a positive return on investment is critical. They do not want vague promises or gaudy statistics but need to see demonstrations of value for businesses like theirs.

At the other extreme, business owners do not want to be dictated to or, worse yet, patronised. Even the traditional acronym of SME is inherently problematic – a business may be small in the eyes of statisticians but to that business’s owner it is all-important.

A company of any size is responsible for the employment and welfare of its employees, a pressure that does not feel small at all. Every business feels unique, and every business owner feels the weight of its bottom line.

Added to this mix is that these companies already feel they are the unwanted middle child: that the Government is more interested in ‘sexy’ start-ups and huge corporations.

With Business is GREAT Britain, we believed the best expression of the idea was through the businesses themselves. We selected case studies of businesses that were admirable, empathetic and occasionally even well-known, but never so large as to be alienating.

These businesses had all used and benefited from Government services, and were glad for the opportunity to share their experience. In essence, the Government took a step back and generously gave its platform to members of the audience – a peer-to-peer campaign in which businesses heard from one another.

Neither did we hide that these were Government services. Our conversations with the audiences revealed there was a real hunger for Government support, but only if it was actually for businesses like theirs.

Asking businesses to be the spokespeople showed how this support was relevant and using aspirational businesses demonstrated how it was desirable too.

In just the first five months, Business is GREAT Britain drove more than 700,000 SME visitors to the new, content-rich website.

The conversation spilled over into LinkedIn (8,500 followers) and an e-newsletter with more than 21,000 subscribers.

The audience’s concerns about how to grow were also addressed. There has been a 12 per cent increase in businesses intending to take on staff and UK Trade & Investment advisers made thousands of new appointments for companies interested in exporting.

Overall, there was an 18 per cent increase in feeling confident that Britain was backing small businesses and that the Government was there to support their ambitions.

The audience gave us the insight into the big idea and the clues on how best to express it – so it should come as surprise that the campaign worked so well with them.