The company is looking to reinvigorate the “functional” sector and make it sexier.

Will King, founder of King of Shaves, says: “We want to push the sector reset button and make shaving desirable and sexy rather than functional.”

The brand hopes to emulate the success of Unilever owned male grooming brand Lynx has had with its Lynx Effect campaign.

King claims that the brand can be more “flexible” in its marketing than rivals Gillette and Wilkinson Sword because of its challenger status.

He adds it will look to take the campaign to traditional media channels including television, press and cinema ads.

“It’s a space the competition can’t or won’t go into because it doesn’t fit with their brands but we can do it in a tongue in cheek way.” 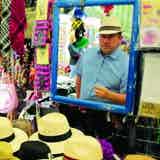 The Post Office is to celebrate its place in communities with a campaign that pushes the “stature, strength and expertise” of its staff and products. 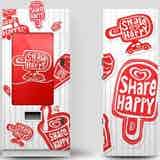 Smiling consumers will be rewarded with ice cream thanks to a new Unilever-owned vending machine that uses face reading technology. See it in action here.