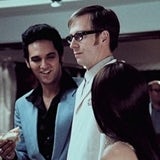 Kingsmill, the Allied Bakeries-owned bread brand, is attempting to leave behind 18 months of confusion and falling market share with a television sponsorship deal that breaks next week on GMTV.

The brand is seeking to mount a comeback under Allied chief executive Brian Robinson, who was drafted in last year to combat falling Kingsmill sales and a sharp decline in profits, which the company blamed on a poorly received ad campaign created by JWT.

Allied’s former marketing director, Jo Sykes, who was ousted earlier this year, had worked with JWT to create the ad, which broke in October 2004 and adopted the style of a documentary about Elvis Presley. The ad jokingly claimed Elvis had set up a bakery called The King’s Mill in the UK. Allied attributed poor sales and a sharp decline in first-half profits last year to JWT’s work.

The brand fired JWT from the &£5m account and hired M&amp;C Saatchi without a pitch. But an ad produced by M&amp;C was banned by the Advertising Standards Authority (ASA) last month for suggesting that Kingsmill was the only white bread with wholegrain, which the ASA said was misleading (MW April 6).

One source says: “Kingsmill chops and changes too much, it needs to think what it stands for. If it tries to define itself by reference to Hovis and Warburtons, it won’t build loyalty.” Another source says the brand is showing a lack of confidence and has allowed itself to be bullied by ad agencies.

Kingsmill’s sponsorship deal with GMTV ties in with British Sandwich Week and will comprise eight advertorial and editorial features on the channel next week, plus dedicated sponsorship “stings”. There will also be dedicated sandwich advertising breaks featuring the Kingsmill Wholegrain &amp; White “restless bakers” campaign.

The announcement comes as Hovis this week launches a reprise of its classic 1973 ad by Collett Dickenson Pearce of a boy pushing a bike laden with loaves up a hill. Meanwhile, Warburtons is promoting picnics through its National Bread Week campaign.

According to Warburtons category controller Sarah Miskell, bread is one of the few packaged grocery sectors that has successfully fought back against retailers’ own-label brands in recent years. While volume sales are flat, the value of packaged bread rose 7.4% last year to &£1.4bn, according to AC Nielsen. “This has been achieved through price increases across the major brands in the past 12 months, and shoppers trading up,” says Miskell.

The Nielsen figures show the own-label market share fell to 18.4% last year from 19.7% in 2004. Miskell claims Warburtons is the leading brand, growing to a 26.6% share last year, even though it has not yet achieved national distribution. Hovis had a 23% share, and Kingsmill’s fell by about 5% from the year before, to 19.7%.

One analyst queries whether there is room in the market for three brands and believes Allied might axe or phase out Kingsmill. But Paul Cousins, director of Catalyst marketing consultants, says: “If there is room for three brands in other markets, such as soap powder and biscuits, why not in bread – as long as the brands are differentiated?”