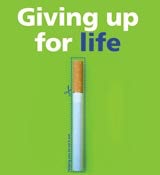 Kitcatt Nohr Alexander Shaw has been appointed by the Department of Health (DoH) to create a direct marketing campaign aimed at young smokers.

The agency won the business following a pitch against Craik Jones Watson Mitchell Voelkel and Claydon Heeley Jones Mason. The pitch was handled by the AAR.

The NHS-branded campaign will target people in their late teens to mid-20s, highlighting dangers of smoking including the effect on sexual performance. The DoH has worked with the British Heart Foundation (BHF) on a number of initiatives, but for the past year it has been running television ads featuring victims of tobacco-related illnesses as a separate venture.

The BHF is looking for a new advertising agency to begin the next phase of its anti-smoking campaign.

It has shortlisted DDB, Delaney Lund Knox Warren & Partners, Lowe and Rainey Kelly Campbell Roalfe/Y&R to pitch for the &£7m account, which was held by Euro RSCG London.

Euro RSCG created the “Give up before you clog up” campaign, featuring fat dripping out of cigarettes, which 90 per cent of smokers recalled, according to the charity’s research.