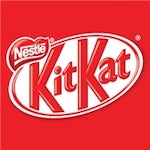 The “Brings Music To Life” campaign forms part of Nestlé’s effort to align KitKat and its “have a break” proposition with music.

Consumers can engage with the chocolate brand and the band through an augmented reality app that lets consumers experience Scouting for Girls’ forthcoming single “Silly Song” in four 3D virtual locations.

KitKat will also host four exclusive gigs in partnership with MySpace, which will be streamed on Facebook.

The AR marker will feature on all KitKat four-finger promotion packs from late August. The campaign also includes a promotion to win £100 of Ticketmaster vouchers.

KitKat brand manager Jemma Handley says: “Through this campaign, we are not only demonstrating our lead in the FMCG sector for digital execution but offering consumers an enhanced experience around ’breaktime’ and music.”

The AR campaign has been developed by digital agency Skive.

Last week, Nestlé credited its investment in marketing as a driver behind the 6.1% growth in sales registered in the first half of the year. The Swiss food and drink giant revealed sales rose to 55.3bn Swiss francs (£33.2bn) in the six months to 30 June.

The company is investing in new product development and marketing in the UK. It has launched a Milkybar variant for adults and a £2.5m push for the Polo brand.