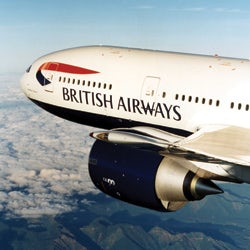 Knowing your brand is about knowing your customers, and British Airways has recently taken a quantum leap in not just knowing them in great depth but also acting on the information in real time. Using iPads and even looking up passengers’ pictures on Google Images, BA is giving its staff the equipment to seek out passengers proactively and make an intervention – pointing them where they need to go or giving them an upgrade to first or business class, for example.

BA has just launched Know Me, a system that provides a single view of every customer and their history with the airline, which can be accessed on the move by service staff on planes and in airports. Senior staff now carry iPads that can bring up a seating plan for a specific BA flight, identifying where each customer is sitting, alongside relevant information such as what food they commonly order, whether they are loyalty scheme members and whether they have previously registered a complaint. BA has gathered all its data on customers from every service channel – the website, call centre, email, on board planes and inside airports – into one ‘data warehouse’, from where it can be used at any of those points of contact.

At Marketing Week Live, BA head of revenue and customer analysis Jo Boswell showed a video of service staff discussing their experiences with the new system. One had responded to a call about a customer trying to access the executive lounge, and although he wasn’t actually entitled to use it, he was allowed in as the staff member had identified previous service problems the customer had suffered.

The Know Me system also incorporates images that have been put online in the public domain, so staff can identify specific customers they need to find. Boswell says: “Our special services colleagues at Heathrow Terminal 5 were spending a lot of time on Google Images, trying to get a facial picture of the customer they were due to meet. We thought a simple thing would be to embed that functionality into the application. Once our colleagues have found that they can allocate the right picture to a name, that could then be eventually stored in the system for future use.”

The iPad system is not the only element of Know Me. Another is a system that returns pop-up messages to the consoles of check-in staff, prompting them to direct customers where they need to go.

BA plans a massive expansion of this programme during 2012, Boswell says: “Today we are delivering on average 320 of these personal recognition messages each day, but we have a bold ambition to get to 4,500 daily messages by the end of this year. That equates to about seven messages per flight. We are also planning to extend those to all registered customers, not just our frequent flyer members.”

BA will clearly have to be careful with its implementation of Know Me. While some customers will feel grateful for being lavished with extra attention, others might feel they are being spied on by staff. And if passengers learn that they can get a future upgrade by stocking up a couple of complaints on the BA database, it might encourage the wrong kind of behaviour.

But although BA doesn’t yet have results on how successful the initial implementation of Know Me has been, Boswell claims that market research during pre-launch trials showed improved satisfaction levels. 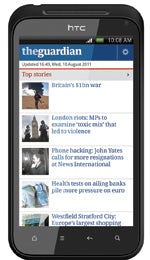 The release of Apple’s iPhone came as an epiphany. As mobile business director Steve Wing told the audience at Marketing Week Live, it became palpable very quickly that more and more people were going to view the newspaper’s website on mobile devices. “It was, technically, one of those ‘oh shit’ moments, where you realise that everything has changed.”

The Guardian has learned much about the new digital habits of its mobile users. For example, between 60% and 70% of those using Guardian iPhone and iPad apps return to them several times a day – many more than its readers of other formats. “These are our brand advocates of the future,” Wing says.

For The Guardian, which is now a ‘digital first’ news organisation, separate editorial products have different audiences and objectives, even where they host many of the same articles. For example, Wing says the free-to-view website is a generalist ‘broadcast’ medium, while mobile apps, often paid-for, are more specialist ‘narrowcast’ vehicles.

The rise of mobile has been accompanied by a proliferation of media platforms across the web. The consequence is that media brands can no longer expect consumers to seek them out, but must have a presence anywhere that their users – and their competitors – are willing to venture.

News consumption is dominated by mobiles in the morning, while Facebook and Guardian.co.uk perform better at lunchtime, according to Wing. The Guardian is now working on how it needs to change its news operations in response.

“How do you commission your stories for different audiences at different times of the day? How do you schedule differently for the weekend if you’re not just talking about sport?” asks Wing.

Among The Guardian’s forthcoming product plans are an expansion of the number of apps aimed at specialist users, and the ability to make additional purchases within apps. But Wing admits that the additional money it expects to make from mobile products won’t replace that being lost from print advertising, judging by current estimates. “The amount of mobile ad revenue does not match the time people are spending there. That’s a big disjoint that needs fixing.”

The Guardian continues to lose more money every year, and is expected to announce a loss of £45m for the year to March 2012. Understanding consumer behaviour is key to its growth but it is a brand that still has some way to go to work out its place in the world of fragmented media.

What you don’t know about your brand will hurt you, as Kraft demonstrated when its Milka brand lost 15% of its sales volume in Germany between 2010 and 2011.

Kraft European analytics manager Matt Stockbridge told Marketing Week Live that media spend had increased substantially during the year, yet Milka had drastically underperformed compared with its competitors. Overall, German chocolate sales volumes fell by 4%, but Milka had done almost four times worse. “The reason the market declined by 4% was us. We screwed the market,” says Stockbridge.

The knee-jerk reaction was to blame a badly executed advertising campaign, but an analytical assessment of Milka’s sales data across the year and throughout Germany revealed findings that directly contradicted the initial hunch of an advertising failure.

Media spend, new product developments and sales promotions all had positive impacts on sales over 2011, driving increased purchases by volume compared with the previous year. In fact, advertising had the biggest positive impact on sales and without it, Stockbridge says, “we would have declined by 20%”. Where Milka had fallen down was on distribution, competition and price, all of which deterred consumers from buying its chocolate bars.

Each of these elements behind the decline could be blamed almost entirely on two price promotions that Milka had run in the previous year, but chosen not to repeat. They had been ditched because of the speed with which consumers had relieved retailers of their Milka stocks, destroying any profit margin for the manufacturer.

But in removing the promotions, Milka lost volume sales because the price did not seem as attractive to consumers, while negative sales impacts from distribution and competition arose because retailers gave the same promotional slots to other manufacturers, meaning those brands took market share from Milka.

Stockbridge says that Kraft learned important lessons about German consumers, who are the most price-sensitive in Europe. “If you run a promotion in the UK, you’ll usually attract the lighter users who will buy a single bar and won’t come back. If consumers in Germany see lower prices, they’ll buy 15 bars,” he says.

By investigating shopping habits rather than relying on just the top-line sales figures to tell the whole story, Kraft is now able to look at how to solve the very sticky issue of falling chocolate sales. 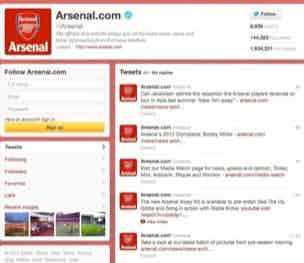 Twitter has encouraged brands to think like football clubs when implementing their strategies on the microblogging site.