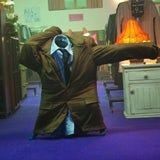 In a report called Is Kraft Working For Cadbury? published this week by the Business, Innovation and Skills Committee, MPS questioned whether Kraft’s choice to move strategic brand-decision making to Zurich was in line with its pledge to manage Cadbury brands from the UK.

While the committee recognized that a “significant” marketing function remains in the UK, it said it “hoped Kraft will refrain from further transfer of marketing responsibility to Zurich given its oft-stated public commitment to Cadbury’s brand heritage”.

In conclusion, the report stated: “So far, Kraft appears to have honoured most of the spirit and letter of the undertakings that it gave to the previous Business, Innovation and Skills Committee, although we are concerned about the upcoming pay harmonisation and the shift of marketing management to Zurich. However understandable the latter might be, it does not sit entirely comfortably with the commitments to manage brands out of the UK.”

Kraft bought Cadbury and its portfolio of brands in February 2010 for £11.5bn. The hostile and “controversial” takeover has been criticised for Kraft’s closure of a manufacturing site in Somerdale despite assurance it would remain open after the takeover.

The committee also criticised Kraft chairman and CEO Irene Rosenfeld, who refused to appear in front of the committee instead sending three senior executives in her place.

The report sought to investigate Kraft’s undertakings in relation to “preserving Cadbury brands, manufacturing, jobs and other matters” a year on from the takeover.