The company has invited incumbents Starcom MediaVest Group and PHD to submit pitches for the business, with a decision due in the coming months. It comes just months after Kraft Foods looked to create a global media unit called Kraft Foods One Team, which will be overseen by Publicis Groupe.

Kraft’s move comes after Marketing Week revealed that Cadbury’s marketing will remain in the UK, but Kraft officials in Europe will handle strategic decisions.

Only 12 of the 17 members of Cadbury’s chief executive’s committee have chosen to stay with new owners Kraft.

He adds: “I’ve had four amazing years at Cadbury. I’ve been lucky to work with a talented internal team who I know will continue to build on the success of past campaigns; as well as many creative agencies, who have helped to develop campaigns, of which I am really proud.”  Cadbury says a new marketing head for the combined company’s chocolate business in the UK & Ireland will be announced in the coming weeks. Kraft’s chief marketing officer Mary-Beth West currently oversees Kraft’s marketing. In Europe, Daryl Fielding started working with the company as its vice-president of marketing in January.

The new organisation will build on the existing strong marketing programmes from both companies. Kraft has said it will keep Cadbury’s marketing and sales operations in the UK because “they understand the British market”.

Kraft Foods sealed its £11.7bn takeover of Cadbury after over 70% of shareholders in the UK’s largest confectioner voted in favour of the deal in February.

The takeover has been the subject of a UK parliamentary investigation where Kraft said it will keep Cadbury’s marketing and sales operations in the UK because “they understand the British market”.

Kraft is to remain under close Government scrutiny following its takeover of Cadbury and the responses it gave to a Commons business select committee last month.

Cadbury is currently considering stretching its brand into the café marketplace by opening a national chain of Cadbury-branded cafés. 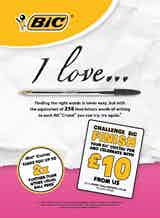 Bic, the ball-point pen manufacturer, is launching an integrated marketing campaign to communicate the value and quality of its Crystal range. 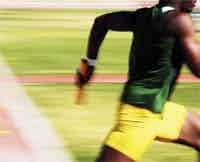