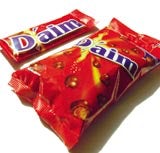 Kraft Foods is scrapping the iconic Dime Bar brand and reintroducing the bar under its international name, Daim. The brand will be phased out from September.

The new Daim range is expected to be supported by a multi-million pound marketing campaign that will include television advertising. The campaign is likely to be created by Ogilvy &amp; Mather, which handles Kraft’s confectionery advertising business. The brand has not been supported in the UK for several years.

The relaunch of the bar will be supported by the launch of two extensions. The two hanging bag products – individually wrapped Daim Minis and Daim Nuggets – will also be introduced in September.

It is understood that the company has decided to bring the UK in line with Europe so that a consistent marketing campaign is created for the brand across all its markets, and to consolidate spend. Daim is understood to be popular in Sweden and France.

Sarah Petts, channel and communications manager for Kraft Foods, says that Dime Bar has a loyal following in the UK. It is hoped the new products will revive consumer interest in the brand.

In the mid-1990s, the brand became know for its advertising campaign created by Young &amp; Rubicam, which starred Harry Enfield as a country yokel refusing a Dime Bar because he preferred armadillos. He said he liked the animal because “it is soft on the inside and crunchy on the outside”.