UPDATED 19 February, 18.30: Kraft Heinz and Unilever have this evening “amicably agreed” against any merger, according to a statement issued by the two companies. It is understood that following conversations between the two companies’ CEOs, Kraft Heinz opted against what would have been an expensive attempt at a hostile takeover.

Kraft Heinz’s attempt to merge with Unilever sent shockwaves through the FMCG industry.

Unilever, which is worth more than £124bn, would help create a “leading consumer goods company with a mission of long-term growth and sustainable living” if it would have approved the merger, according to Kraft Heinz. It would also have resulted in one of the biggest M&A deals of all time.

But despite the initial news resulting in a record share price for the UK-based FMCG giant, Unilever has so far rejected the approach. Nevertheless, Kraft Heinz was expected to try again.

Kraft Heinz is food-focused, owning the famous Heinz Ketchup and Philadelphia brands. Unilever, although the owner of iconic food brands such as Marmite and Ben & Jerry’s, is primarily focused on its personal care portfolio that includes the likes of Lynx, Surf and Dove.

Kraft Heinz has previous when it comes to big mergers; the company is the result of a £37bn merger between Kraft and Heinz that only occurred back in 2015. Kraft also bought Cadbury for £11.5bn, following a hostile bid, back in 2010 and controversially shut down one of the chocolate maker’s UK factories despite pledging to keep it open.

According to Shore Capital’s Clive Black, the move made a lot more sense for Kraft Heinz than for Unilever. He explains: “Kraft Heinz is structurally challenged and has lots of problems in its product portfolio, whereas Unilever is the opposite.”

Even where there are synergies in food, their portfolios are focused on different things and Black says it’s clear they are currently very different businesses.

“Unilever is trying to move away from categories exposed to high sugar and salt, unlike Kraft Heinz,” he adds. “This deal says a lot more about the weakness and opportunism of Kraft Heinz then it does of any willing on Unilever’s end, which might look at the bid as an insult.” 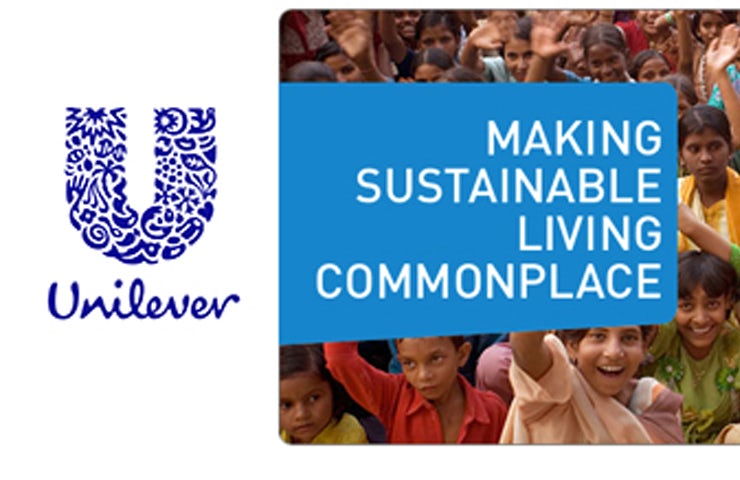 Brand Finance’s marketing director Robert Haigh believes Unilever’s position as one of the world’s most ethically-positioned brands would have been attractive to Kraft Heinz. Unilever topped consultancy Radley Yeldar’s 2016 list of the top 100 companies for social purpose, while Kraft Heinz did not appear at all.

Unilever has built its brand on sustainability, with its business model dictated by its Sustainable Living Plan. And when it comes to growth it has looked to the startup community via programmes such as the Unilever Foundry.

Kraft Heinz, on the other hand, is focused on growth through acquisition and is tightly controlled by private equity investors 3G Capital and Warren Buffett’s Berkshire Hathaway. They have been behind deals including the takeovers of Heinz, Burger King and Tim Hortons as well as the megadeal between Anheuser-Busch and SABMiller.

“It certainly makes sense from Kraft Heinz’s point of view as Unilever’s ethos and reputation as a leader on CSR are a big asset,” says Haigh. But Haigh speculates whether Kraft Heinz’s reputation for breaking promises could make Unilever fearful of its intentions.

He adds: “Whether that ethos will be sustained post-takeover is another matter and one about which Cadbury’s employees will probably have a lot to say.”

This deal says a lot more about the weakness and opportunism of Kraft Heinz then it does of any willing on Unilever’s end.

Yet, according to TCC Global’s Byran Roberts, Unilever’s ethical positioning is far from the primary draw for Kraft Heinz. He counters: “Given the lack of category overlap, I’m not sure that branding is a huge consideration.

“Perhaps more off a pull from a Kraft perspective is Unilever’s exposure to, and excellent track record in, emerging markets. My sense would be that the logic here is around route-to-market rather than marketing best practice.”

The appeal of M&A

Another factor behind the merger is the weak pound, which is making many UK businesses ripe for takeover from international suitors.

Euromonitor analyst Raphael Moreau – who suggests that even though a merger deal is now off the table, Unilever could still divest some of its unwanted brands in Kraft Heinz’s direction – explains: “M&As are notoriously hard to predict but there is an appetite for UK-owned food companies due to the weak pound. The recent bounce back of US shares also meant that US companies are in a strong position and are confident in pursuing deals.

“The strong recent involvement of 3G Capital in the food industry and the low growth environment in processed food also incites companies to look for M&A.”

The biggest M&A deals of all time

He concludes: “With the market now so competitive, there appears to be this sense that it is easier to simply engineer something than build up a new business yourself.”

This article has been updated to reflect the news that Kraft Heinz and Unilever have decided against a deal.